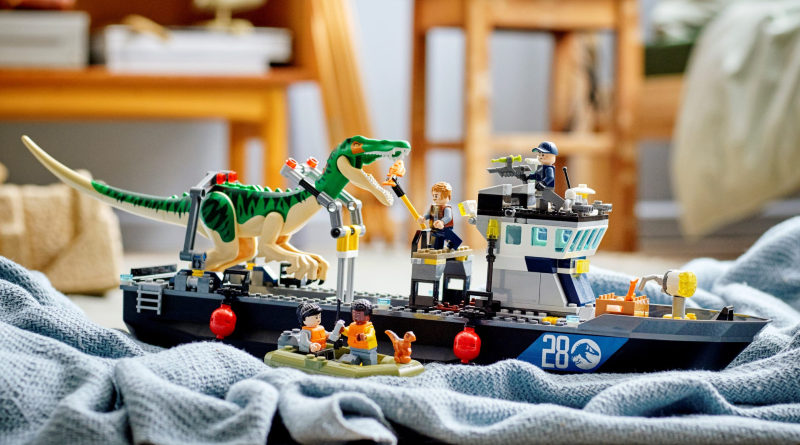 A new LEGO Jurassic World set has introduced one of the theme’s first aquatic dinosaurs, but not in the way you might think.

The first Jurassic World LEGO sets of 2021 have been revealed, but one manages to set itself apart from the rest by including multiple huge pieces. 76942 Baryonyx Dinosaur Boat Escape includes not only the titular dinosaur but also the namesake boat. This makes it the first LEGO model to include both notoriously big bricks.

Other sets from the theme such as 75938 T. rex vs Dino-Mech Battle have included boats before, but never quite on the same scale as the freighter in 75942 Baryonyx Dinosaur Boat Escape. The build sees a Baryonyx transported away from Isla Nublar by Owen Grady as a pair of rambunctious teens from Camp Cretaceous attempt a rescue.

The rest of the 2021 LEGO Jurassic World sets include returning dinosaurs and new characters such as 76940 T. rex Dinosaur Fossil Exhibition, which bears a striking resemblance to another LEGO fossil set.