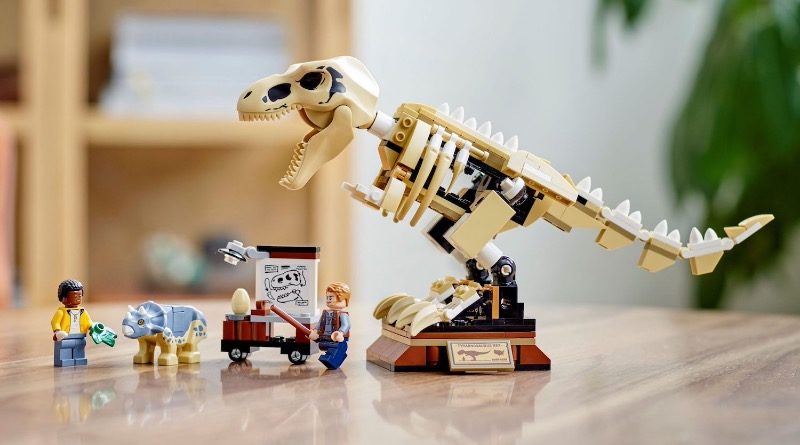 The LEGO Group has finally revealed the four rumoured Jurassic World sets launching later this year, including one seemingly inspired by 21320 Dinosaur Fossils.

76940 T. rex Dinosaur Fossil Exhibition allows kids to ‘role-play as palaeontologists’ (according to the marketing copy) with – as the name suggests – a fossilised version of a T. rex skeleton. Cast predominantly in tan, it feels like a smaller and more juniorised version of the larger collections of bones found in 2019’s LEGO Ideas set.

It’s also just one of four sets anchored around animated Netflix series Jurassic World: Camp Cretaceous, the third season of which has just arrived on the streaming platform. The other three revisit familiar dinos in a Stygimoloch, Carnotaurus and Baryonyx – but while there are no new moulds, all three beasts come in brand new colours.

Check out all of the newly-revealed Jurassic World sets below. They’ll be available to order at LEGO.com from September 1.