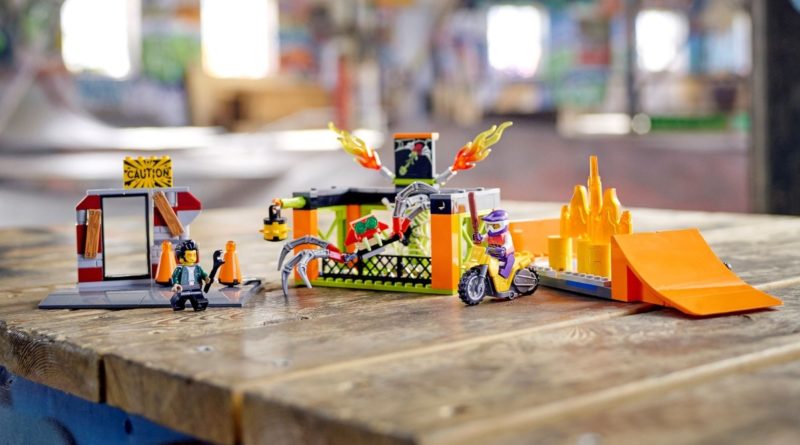 LEGO CITY is moving on from skylines, space and snow this month as the theme takes to the dirt for a stunt-filled subtheme of sets.

The new range of LEGO CITY Stuntz models are now available offering an action-focused selection of fresh builds and exclusive minifigures to collect, as well as enact those daring feats you’ve always wanted to try.

The largest of the wave is 60295 Stunt Show Arena, shifting the focus away from bikes as it is in the other nine sets and featuring two new monster trucks. Most of the side builds are themed to these bigger vehicles with a pair of cars perfect for crushing beneath the wheels.

Elsewhere in the collection, 60294 Stunt Show Truck demonstrates the creativity of the LEGO designers behind the theme with a portable fish tank and a clown minifigure wearing a pair of oversized brick-built shoes.

The full range of sets can be found linked below, ready for you to order along with any other planned October purchases:

The LEGO CITY Adventures cast of characters can be found dotted throughout the sets, such as Tread Octane in 60293 Stunt Park, who last appeared in 60258 Tuning Workshop.

As of today, October 1, LEGO CITY Stuntz is now available on the official online store, as well as in physical stores too with prices to suit every budget and six miniature motorcycle models that each offer an exclusive minifigure, including Rocket Racer.