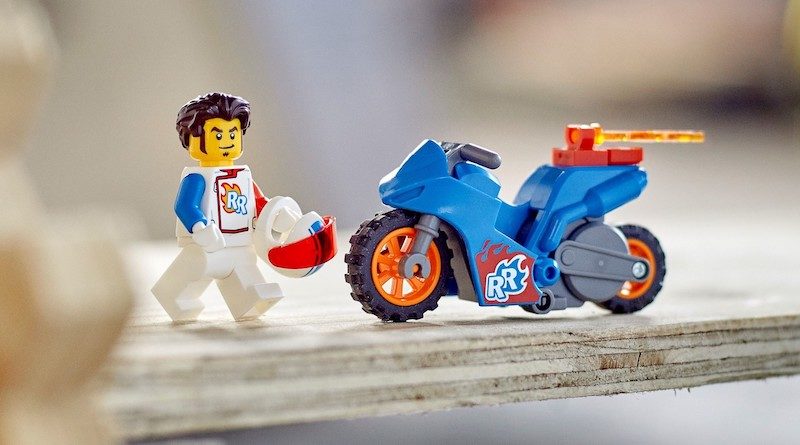 An icon of LEGO video game history is finally joining the physical world in this year’s LEGO CITY Stuntz sets.

Rocket Racer first appeared as the final boss in LEGO Racers in 1999, then returned in the same role in 2001’s LEGO Racers 2. Unlike the rest of the boss characters in those games, though, the legendary LEGO racer has never had a physical minifigure – until now.

While his modern-day minifigure design doesn’t exactly match the grey-suited version seen in LEGO Racers, he’s bearing the same ‘RR’ logo, and even has one red arm and one blue arm, just like the classic in-game version.

(Here’s a LEGO Racers deep cut for you – while the menu, player select screen and so on showed Rocket Racer with a red left arm and blue right arm, the in-game cutscenes swapped the colours around. The new minifigure matches how we saw the character across the majority of the game.)

This isn’t the only nod to Rocket Racer in recent memory – Collectible Minifigures 71021 Series 18’s Race Car Guy also featured the ‘RR’ logo on his torso – but it is the first time a physical minifigure has been explicitly referred to as this specific character.