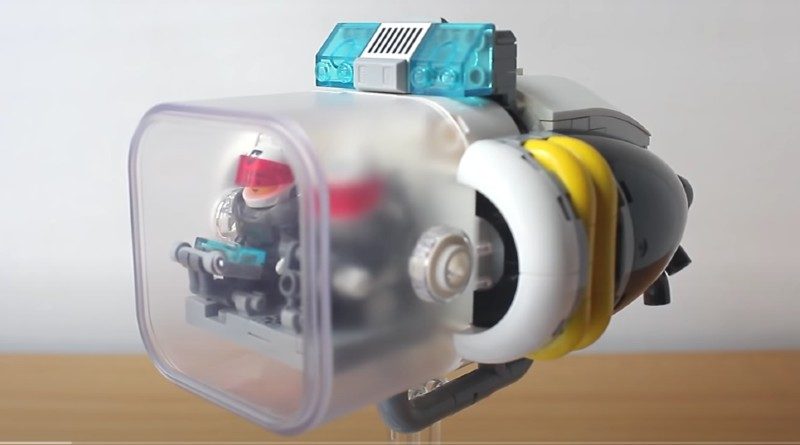 One inventive builder has discovered an inspiring use for the new LEGO VIDIYO BeatBox pieces, taking the element from sound to sci-fi.

LEGO VIDIYO is just around the corner, but some LEGO enthusiasts have already gotten their hands on a selection of the new theme. Someone is already integrating the unique bricks into other builds

Hachiroku24 has taken on the task of being possibly the first builder to use the new BeatBox pieces outside of the VIDIYO theme in a build to complement LEGO Collectible Minifigures Series 21’s Space Police Guy. In the comments of the video, they admit to getting the idea from ex-LEGO designer Tiago Catarino.

The build, called the Space Police Dropship includes a landing pad and floating spacecraft. The LEGO VIDIYO brick might not be immediately obvious to spot until you look at the cockpit. The two elements, that form a majority of each of the BeatBox sets make up the front of the ship, with the frosted glass effect lending to the white colour scheme of the build.

It’s interesting to see how the LEGO community is already starting to feature these new bricks in their models, and there will surely be many more to follow. Who knows how they will be used next, perhaps as a vase for a LEGO flower or even a giant pair of goggles. We don’t have long to wait and see with LEGO VIDIYO launching March 1.