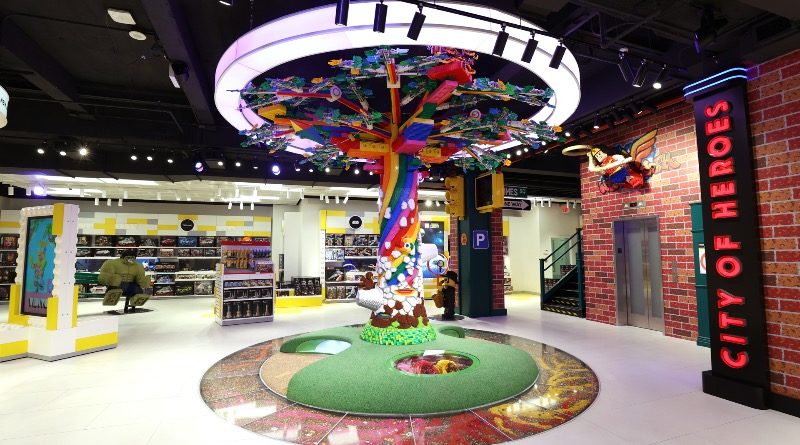 The latest flagship LEGO Store in New York has revealed a scavenger hunt across the Rockefeller Center with some massive models scattered around.

The New York flagship LEGO store already has some impressively big builds throughout the retail location from a brick-built taxi to a recreation of the Ghostbusters firehouse. As well as the creations, there are also some interactive features such as the brand new Brick Lab and the Tree of Discovery.

To help celebrate the opening of the shop, the team are hosting a special scavenger hunt event to tour some character models from licenses such as Jurassic World, Star Wars and Toy Story.

To help guide guests around the scavenger hunt, a free map has been created revealing which builds you’ll be able to find and where. Arguably, this defeats most of the fun of a scavenger hunt but you’ll still get a free tour of the Rockefeller Center all the same.

There are 12 of the character figures in total, none of which are located in the actual LEGO store. The scavenger hunt has officially started and will last until July 5.

For more information on the new flagship retail location, check out how it will affect LEGO stores around the world as they are about to receive a makeover featuring some of the same experiences and possibly more.