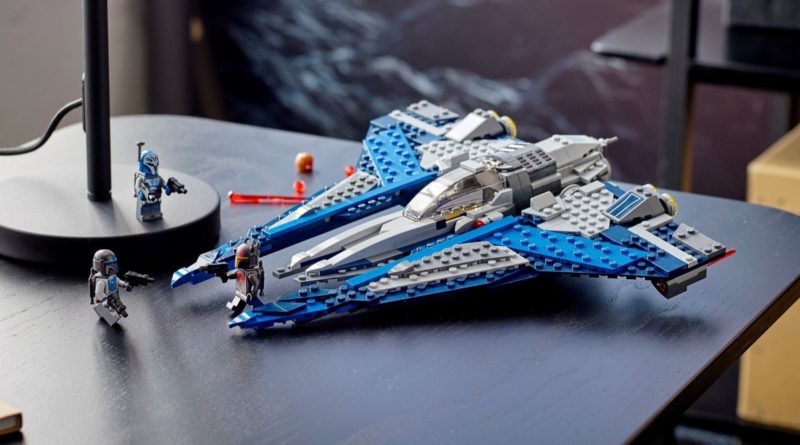 The next issue of the LEGO Star Wars magazine follows its latest Mandalorian minifigure with a miniature take on last summer’s 75316 Mandalorian Starfighter.

Issue 86 includes a Mandalorian Loyalist minifigure, which has so far only appeared in the 544-piece 75316 Mandalorian Starfighter. That edition of the magazine is now on shelves in Europe – already leading to a slight decrease in value for the minifigure on BrickLink, where it’s dropped from £13 new/£14 used to £12 new and used – giving us a glimpse at what will follow in the next issue.

Appropriately enough, Issue 87 of the LEGO Star Wars magazine will include a scaled-down version of 75316 Mandalorian Starfighter. The colours aren’t a perfect match (although it’s difficult to discern exactly which shades are in use from the image available), but it’s definitely supposed to be the same ship – and for the limitations of microscale, it looks pretty good to us.

With 31 pieces in total, the foil-bagged freebie will be available in the UK when Issue 87 of the LEGO Star Wars magazine arrives in September. Issue 85, which includes a free Darth Maul minifigure from 75310 Duel on Mandalore, is currently on shelves in the UK, while Issue 86 – and its Mandalorian Loyalist minifigure – should be available later this month.

75316 Mandalorian Starfighter, meanwhile, is available now at LEGO.com – but act fast if you want it, because it’s scheduled to retire by the end of this year.