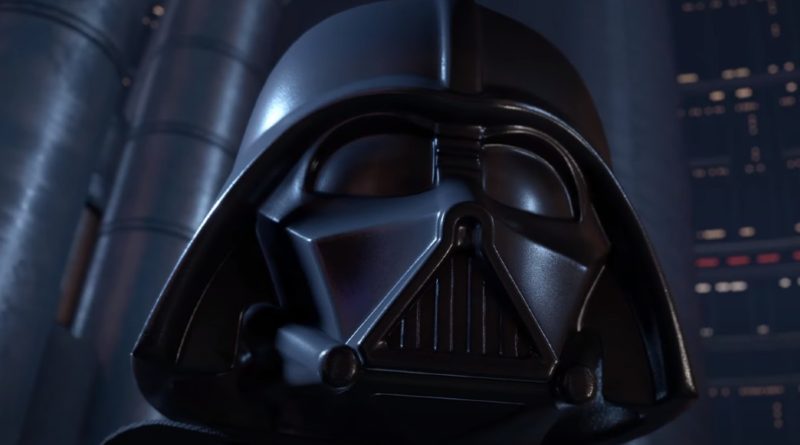 A new design for Darth Vader has been confirmed for Obi-Wan Kenobi, and it seems that the LEGO Star Wars minifigure is getting a makeover too.

You might not have noticed, but Darth Vader’s iconic helmet features a pair of red curved lenses over the eyes in much of the media he has been included in. However, the LEGO minifigure has only ever used an all-black element (or elements) for the headwear. This might be because of the lighting and changes in later Star Wars movies, though more modern projects have embraced the red eyes.

From Star Wars: Rebels to Obi-Wan Kenobi, recent appearances of Darth Vader have included the red lenses, and it appears that this will now translate over to his minifigure.

On the box art of 75336 Inquisitor Transport Scythe a render of Obi-Wan Kenobi fighting the Sith Lord can be seen, with Darth Vader’s minifigure including the same red eyes.

These red eyes can also be seen in the brick-built figure from 40547 Obi-Wan Kenobi & Darth Vader, suggesting that the LEGO Star Wars design team is ready to embrace the classic appearance. While no further minifigures of Darth Vader have been confirmed, the appearance on official box art indicates that we can expect a new LEGO Darth Vader with red eyes in the future.

Notably, rumours of potential Obi-Wan Kenobi sets include a brick-built battle between Obi-Wan Kenobi and Darth Vader, which could be where we’ll see these two minifigures. However, these reports are unconfirmed at the time of writing and should still be taken with caution.