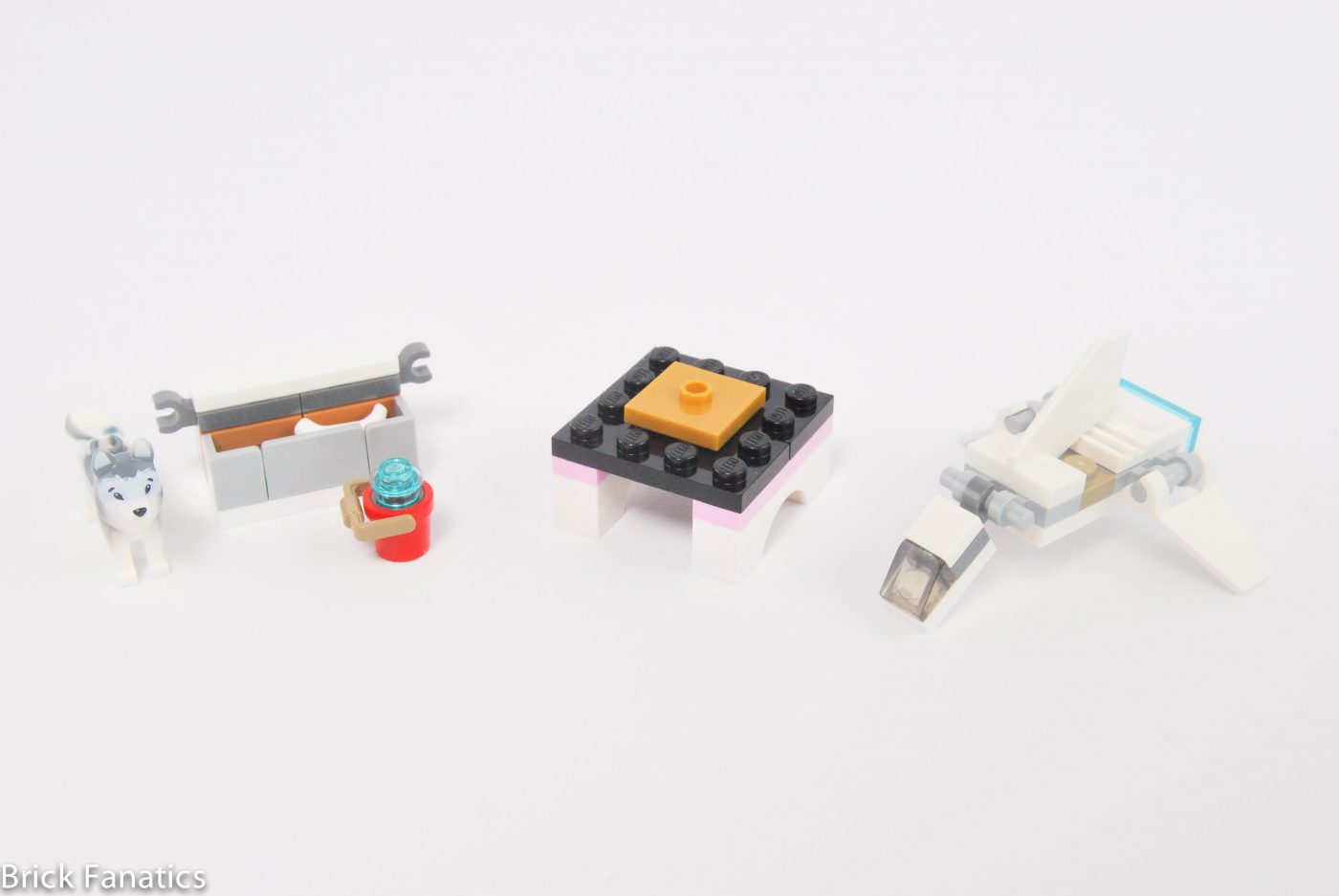 Today we have a build that suggests something was needed to go alongside the dog, a rather over-sized feeding trough. If you have not acquired one of these dogs yet this model will delight you, if you have collected any of the CITY Arctic subtheme from 2 years ago then this will add to your Husky pack.

Here it is. The item we have been missing for many days – the table that all those Friends builds are supposed to sit on. This approach actually makes sense, include a single table which can accept a variety of different models on it. But shouldn’t the table have been first?

If you can name this craft without having to look it up on Wookieepedia, pat yourself on the back for being a true, hardcore Star Wars nerd. For the rest of us, this is a Sentinel-Class Landing Craft or Imperial Landing Craft, a variant of the better known shuttle.

Much like the Tantive IV from several days ago the proportions are off but the ship is still easily recognisable.

Star Wars is our winner today – while not perfect, the ship is recognisable. Further, it depicts a craft that has not been featured prominently in the Star Wars line –only one minifigure scale set of this ship has been made (set 7659 from 2007).