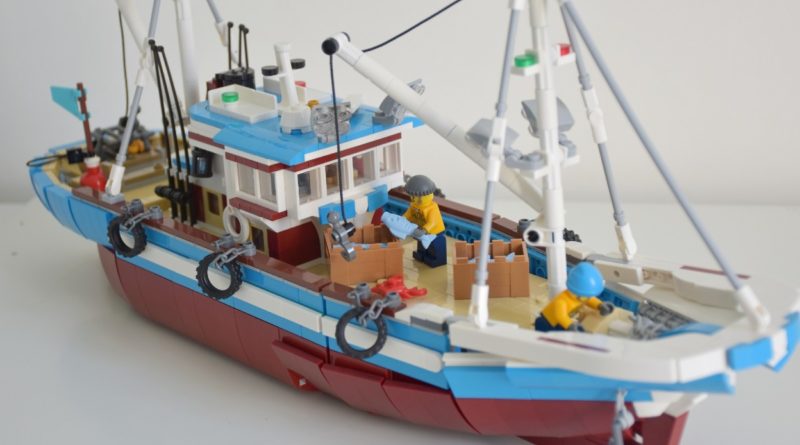 Not long after the second wave of pre-orders begun for the LEGO BrickLink Designer Program, one of the four remaining projects in the first round has already sold its maximum amount of copies.

Time is up to grab a copy of 910010 The Great Fishing Boat as the fan-designed ship has sailed away from BrickLink after reaching the maximum of 10,000 pre-orders. This comes after BrickLink kicked off their additional ordering phase following a glitch in the servers that caused 910001 The Castle in the Forest to reach that number when the limit was set to 5,000.

With an elegant ship undoubtedly designed to match the aesthetics of LEGO Ideas 21310 Old Fishing Store, this pick has clearly been a popular one with fans as the remaining three projects are nowhere near reaching 10,000 orders so soon.

Unfortunately, the LEGO Group will not be producing any more of this 1,606-piece set from the first round, so those still hoping to grab the build might want to look towards the other three options on the BrickLink Designer Program – 910016 Sheriff’s Safe, 910017 Kakapo and 910028 Pursuit of Flight.

The next round will include a brand new selection of rejected Ideas projects to choose from, and we’ll let you know as soon as those offerings are revealed.