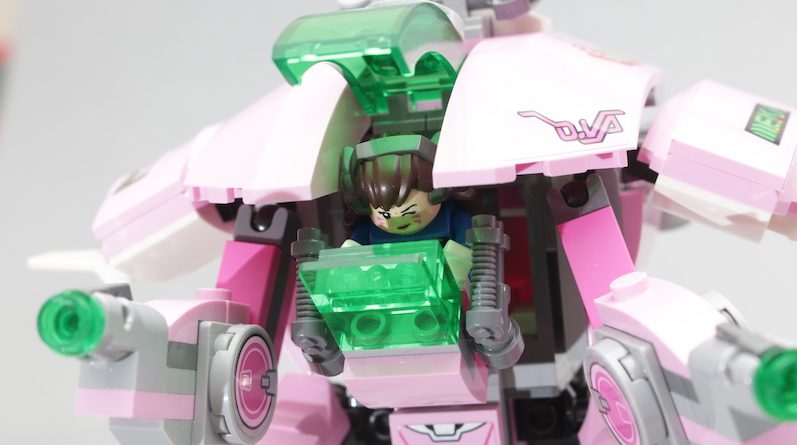 LEGO Overwatch managed to take 30 playable characters, each with a different backstory, and come up with a tight range of six LEGO sets – but how did the design team make those decisions?

Overwatch contains 30 playable characters, categorised into Tank, Damage and Support roles, with enormous, fully realised maps packed with memorable landmarks. As the millions of players around the world can attest, it is a blast to play. But what makes Overwatch a cut above the average battle royale game is that there is a deep, involved backstory behing these characters and locations – and the LEGO designers needed to dive into it to develop models based on the game.

The very, very brief version of the story is that Overwatch was a global peacekeeping task force that saved the entire world during the Omnic Crisis, when sentient robots rebelled against mankind. In the aftermath, Overwtach formed Blackwatch – a covert ops team. After controversies involving Blackwatch, Overwatch was made illegal. With another Omnic Crisis coming, Winston got the old crew back together to reform Overwatch off the books.

There is so much more to it than that, which has been detailed in comics and animated shorts. It was by dipping into this rich story that the LEGO Group was able to come up with a range of six LEGO Overwatch sets that launched earlier this year – with two more, 75977 Junkrat & Roadhog and 75976 Wrecking Ball, on the way.

To find out just how the design team achieved that feat, order a copy of Brick Fanatics Magazine Issue 3. In the magazine, LEGO design experts Woon Tze Chee and Sten Funder Lysdahl reveal their process for choosing what the six sets would be before getting in-depth about their work developing the models.

To get the very best value, including free postage and free magazines, buy a one or two year subscription to Brick Fanatics Magazine.