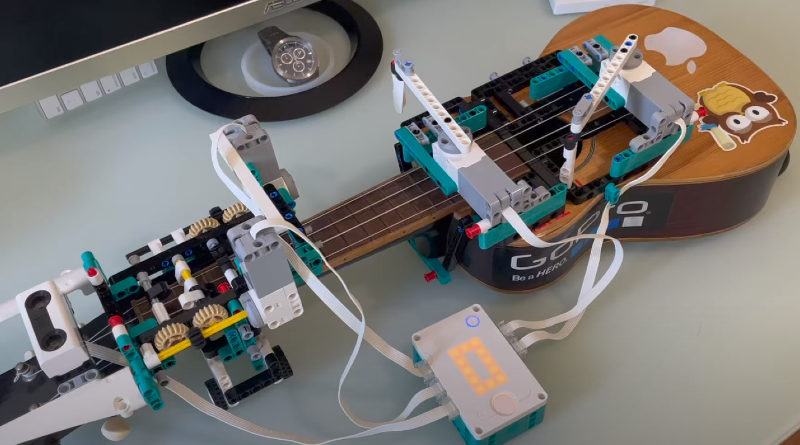 Take a moment to unwind and listen to a LEGO robot play a soothing melody on a Ukulele, using just one set – 51515 Robot Inventor.

Inventive LEGO YouTuber FuzzyBrick has unveiled their latest brick-built project. For those unfamiliar with the channel, most previous builds of theirs use MINDSTORMS in robotic models to fulfil every task from playing an offline game to making a remote control buggy.

Their latest creation is one of the most complex yet with all kinds of sensors and Technic pieces able to play a real Ukulele with one programmed song shown off in the video, which you can see for yourself below.

The motors work various gears throughout the model as a frame is wrapped around the instrument. Each is linked to an upwards-facing sensor and the intelligent hub.

We can’t figure out what the former’s purpose is, but the latter not only controls the whole device after being programmed via the app but also displays which chord is next to be played, making this an educational build for those wanting to learn to play.

You can grab the latest iteration of LEGO MINDSTORMS, 51515 Robot Inventor from the official online store with just one copy (and a ukulele) needed to make this build for yourself. If you’ve already got the set but need a refresher on how it all works, the LEGO Group has an informative video series that you might enjoy.