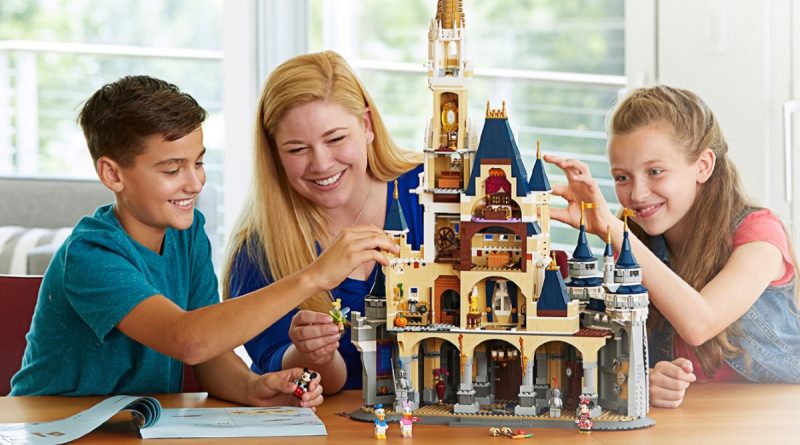 Between double VIP points and multiple free gifts, there’s never been a better time to buy these retiring LEGO Star Wars, Disney, Ideas sets and more straight from the source.

Hundreds of LEGO sets will leave shelves before the end of 2022, across themes including LEGO Star Wars, Harry Potter, CITY, Marvel, Technic, Disney and many, many more. The window to pick them up is therefore rapidly closing, but if you’ve had your eye on any of them, now’s really the best time to take the plunge. That’s because as well as double VIP points at LEGO.com until October 16, you can also currently score up to three free gifts.

It all adds up to a serious haul available in one fell swoop, and plenty of these retiring LEGO sets will get you to the maximum threshold – or at least a good portion of the way there. Add in double VIP points (equivalent to 10% cashback to spend on future purchases or exclusive rewards), and you’re laughing all the way to the LEGO bank.

Given this brilliant rocket has already left the atmosphere (read: LEGO Store shelves) once before, it’s reasonably safe to assume it won’t be coming back again. That means this is very likely your absolute last chance to pick up 92176 NASA Apollo Saturn V, which originally launched in 2017 with the product number 21309. It’s an incredible build that everyone should experience once.

The LEGO Group didn’t quite manage to cover all things Avengers: Endgame at the first time of asking – probably because, you know, spoilers – but Marvel’s Infinity Saga subtheme has given the opportunity to revisit key moments. Like the movie’s climax, for instance, which is much more faithfully recreated in 76192 Avengers: Endgame Final Battle, complete with a set of superhero minifigures worth fighting for. It’ll be gone by the end of the year, though.

A LEGO Harry Potter set most of us were hoping for since the theme’s revival in 2018, 75980 Attack on the Burrow is one of the Wizarding World’s most eclectic models – and it’s all the better for it. A colourful combination of pieces and exclusive minifigures builds into a set that perfectly captures the Weasleys’ home, and at its RRP gets you well on your way to 40566 Ray the Castaway…

While all eyes are on 10308 Holiday Main Street, now’s a great time to catch up on 2020’s Winter Village set. This is 10275 Elf Club House’s last gasp on shelves, and it’s arguably a far more festive build than this year’s CITY-like slice of downtown living. With 1,197 pieces, four Elf minifigures and a reindeer in the box, it’s the perfect way to get into the Xmas spirit.

It’s been available since 2016, but 71040 The Disney Castle is finally heading off into the sunset this year. With double VIP points, this massive ode to the House of Mouse will net you a cool £31 / $35 / €35 back to spend on even more LEGO, and you’ll also easily qualify for 40566 Ray the Castaway (and, in the UK and Europe, 40484 Santa’s Front Yard). Save a sudden clearance discount (it’s not going to happen), this really is your best opportunity to bag the biggest LEGO Disney castle before it retires.

As one giant LEGO Star Wars set flies into view (hello, 75331 The Razor Crest), another is about to leave. It isn’t the long-running 75192 Millennium Falcon, though, which will seemingly be available forever. Instead, it’s 2019’s 75252 Imperial Star Destroyer, which the LEGO Group has already confirmed is retiring this year. If you haven’t yet splurged on this giant grey triangle, doing so before October 16 will return a hefty VIP points haul worth £61.50 / $70 / €70 (alongside up to two gifts-with-purchase).

If you’ve already got all these sets (or at least the ones you’re interested in), don’t forget to check out LEGO.com’s brand new sale, which includes several sets that have only just arrived on shelves.