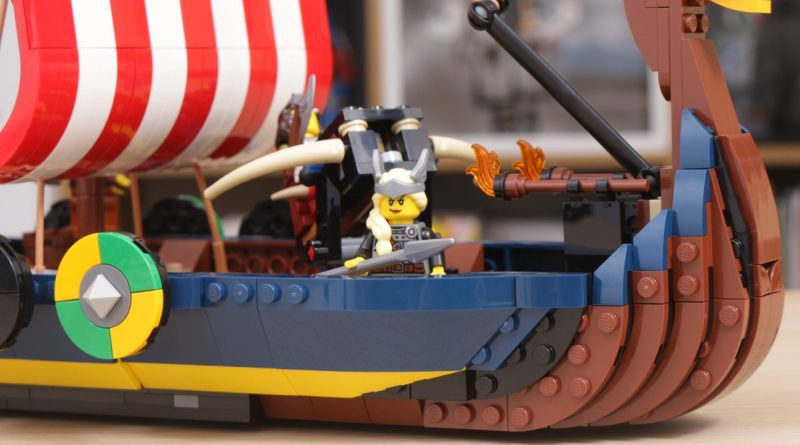 LEGO Vikings are back in a big way at the moment, so here are six ways you can build up your own collection of LEGO Norsemen.

From a resurgence through LEGO Creator 3-in-1 to a newly-announced LEGO Ideas set, there’s a lot for Vikings fans to get excited about at the moment. That’s equally good news for history buffs, who will be hoping that renewed enthusiasm for the Middle Ages – between both Vikings and this year’s 90th-anniversary 10305 Lion Knights’ Castle – will eventually see the LEGO Group taking a deeper dive into the past.

For now, you can get your history fix by building up your LEGO Vikings collection – and there are more ways to do that than you might first expect…

The latest addition to the LEGO Vikings library has just sailed on to store shelves, in the form of Creator 3-in-1’s 31132 Viking Ship and the Midgard Serpent. Channelling the DNA of a 17-year-old set, it’s the latest Creator 3-in-1 model to resurrect a retro theme (following 31109 Pirate Ship and 31120 Medieval Castle), and is a great starting point for any modern Vikings collection. Best of all, the variety of its three separate builds mean this is three times the starting point of any other set.

The Vikings are as iconic for their mythology as their reality, so if you’re keen to lean into that side of the Norse people, Thor: Love and Thunder’s 76208 The Goat Boat could be worth picking up. If nothing else, you’ll at least end up with some cool pieces to repurpose for a more grounded boat, and Mighty Thor’s helmet, torso and legs could easily be used as more outlandish armour for your Viking warriors.

Maybe the most obvious way to build a LEGO Vikings collection is with actual LEGO Vikings sets. Seven separate models arrived on shelves in the mid-‘00s, from 7015 Viking Warrior challenges the Fenris Wolf to 7019 Viking Fortress against the Fafnir Dragon. Their brick-built beasts hold up surprisingly well by today’s standards, and their minifigures, weaponry and builds are all still worth your time (even if those horned helmets aren’t especially accurate). They’re pretty expensive on the aftermarket, though.

Is it worth buying an entire LEGO Marvel set for a single helmet? Probably not, so here’s hoping 76218 Sanctum Sanctorum’s Viking helmet pops up on Pick a Brick eventually. If you’re buying the latest Marvel modular building anyway, though, you’ll be pleased to know there’s a glorious gunmetal grey version of the new Viking helmet lurking in the relic room on the top floor. Fingers crossed it shows up again next year, too…

Vikings have popped up in the Collectible Minifigures on three separate occasions: first with a minifigure reminiscent of the 2005 sets in 8804 Series 4; then in 8831 Series 7 with a brand new helmet and hair combo for the Viking Woman; and most recently in 71027 Series 20, which gifted us the LEGO Group’s most historically-accurate Viking minifigure to date. That’s the one to stock up on, but be prepared to pay an arm and a leg if you want an army of them.

Announced earlier today, BrickHammer’s Viking Village has swept the LEGO Ideas x Target fan vote to give a rejected 10K project a second chance. It means the medieval build will now enter production and eventually end up on LEGO Store shelves, offering what could just be the best LEGO Vikings set to date. An authentic model populated by minifigures based on Series 20’s Viking would be tops, but we’ll have to wait to see what the LEGO Group conjures up from BrickHammer’s concept.

One thought on “Six ways to build a LEGO Vikings collection”