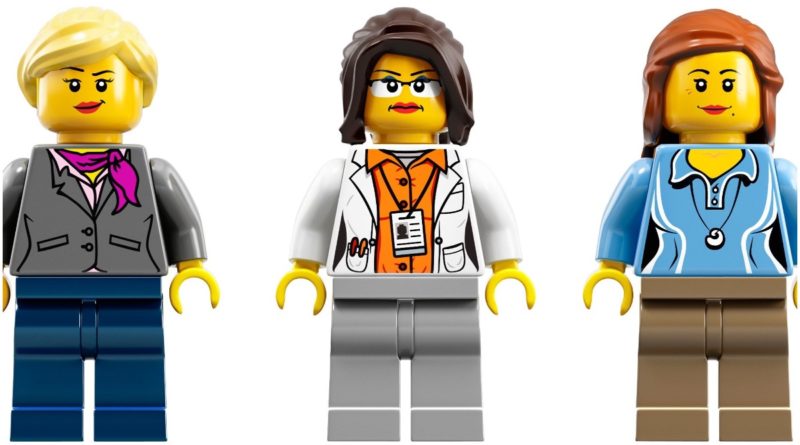 International Women’s Day falls on Tuesday, March 8 in 2022, and 40530 Jane Goodall Tribute has been released as a promotional item in the run up to it. The set honours Jane Goodall: primatologist, anthropologist, and the world’s foremost expert on chimpanzees. Given her contributions to our understanding of the animal kingdom, her appearance here is well-earned.

Several other famous women have received LEGO incarnations, with Amelia Earhart (in 40450 Amelia Earhart Tribute) a recent example. Of course, there are many other women of note that could be represented in LEGO sets, including:

Ada Lovelace lived in the early 19th century, and is regarded as the world’s first computer programmer. She is renowned for her work on the Analytical Engine, a forerunner of today’s electronic computers. The only child of Lord and Lady Byron, Ada counted the likes of Charles Dickens and Charles Babbage amongst her contemporaries. Naturally, though, her contributions stand on their own.

A LEGO version would likely include Lovelace herself and a version of the Analytical Engine, which features an intricate array of mechanical detail. Producing a minifigure may prove a greater challenge, though: reportedly, only two photographs of her exist.

Marie Curie was a physicist and chemist who lived in the 19th and 20th centuries. She was the first woman to win a Nobel Prize, and remains the only person to win it twice across two separate fields. Her legacy lies in her study of radioactivity, and coining the term in the first place. Tragically her research sent her to an early grave; she died aged 66, as a consequence of exposure to radiation during her work.

Given the nature of her studies, some kind of laboratory setting seems a good fit for Marie Curie. However, including a glow in the dark LEGO element may be in poor taste.

Famously known as The Lady with the Lamp, Florence Nightingale is the founder of modern nursing. She was born in the early 19th century and trained nurses during the Crimean War, a military conflict during the 1850s. She went on to found the world’s first secular nursing school; today’s nurses take the Nightingale Pledge, and can receive the Florence Nightingale Medal in memory of her achievements.

A Florence Nightingale minifigure would be right at home in some kind of hospital setting, a relatively rare subject matter for LEGO sets. However, her contemporary surroundings would make for a unique approach to the concept in LEGO form.

Mary Wollstonecraft Shelley is famous for writing Frankenstein, a hugely influential novel in the Gothic style. A pioneer of science fiction, Shelley’s seminal work has inspired dozens of other reimaginings. Her other novels include Valperga, Perkin Warbeck and apocalyptic novel The Last Man, all of which were published in the early 1800s.

The LEGO Group has produced many tributes to Frankenstein’s monster over the years, so a LEGO Mary Shelley feels like a fitting step to take. Some kind of study or library seems appropriate, although a laboratory (with a fresh monster to reanimate) would also be a welcome choice.

Frida Kahlo was a Mexican painter born in the 1900s. Her work explores many different facets of Mexican society including gender, class and race, and much of it had some kind of autobiographical element. Her experience of chronic pain was also explored in her work, caused by a bus accident when she was 18 years old. Kahlo’s work was rediscovered in the late 1970s; today she is heralded as a both a queer icon and a feminist hero.

A LEGO version of Frida Kahlo would be right at home in an art studio. Her distinctive appearance would also be a welcome addition to any minifigure collection.

While not exactly a household name, Caroline Herschel has many notable achievements. A German astronomer born in the late 18th century, Herschel discovered several comets and became the first woman to receive a salary as a scientist. She was also the first woman in England to hold a government position, and was named an honorary member of both the Royal Astronomical Society and the Royal Irish Academy. She even received a Gold Medal for Science from the King of Prussia on her 96th birthday.

Caroline would be right at home with a telescope, reflecting similar sets such as 21110 Research Institute. Some kind of star chart or diagram would also be ideal, given the heavenly bodies she encountered during her lifetime.

While it might be a while before these appear in LEGO form (if ever) it’s clear The LEGO Group is spoilt for choice when it comes to this kind of project. 40530 Jane Goodall Tribute is now available with qualifying purchases from LEGO.com.