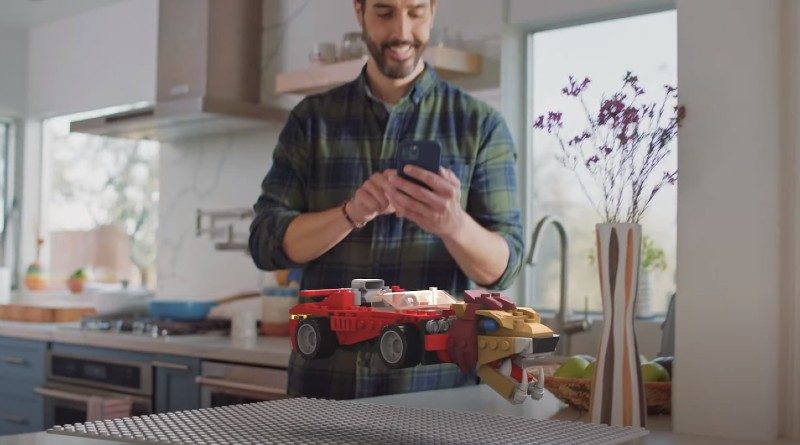 The LEGO Group have partnered with Snapchat again to bring a new type of lens experience to the social platform, introducing multiplayer to the messaging app.

The Rebuild the World campaign continues with the latest project from it being a team-up with Snapchat. The new lens was announced as part of the Snap Partner Summit, but it’s not the first time that the two companies have worked on a lens together.

Whereas past lenses focused solely on enriching the experience for a single user, the demo video showcases that the Rebuild the World version sees two people working together to create a unique LEGO model.

Options shown in the rendered footage include car parts, wings and pieces from 31112 Wild Lion. It seems that this new experience has the model floating atop an AR baseplate, and the users take turns in making changes to it.

In the past, the two companies have partnered for a LEGO Star Wars helmet filter as well as a lens themed to DOTS. This third outing suggests that the initial attempts were a success, especially with this project being the first Connected Lens – a new type of experience for the platform.

There’s no word on when the LEGO Rebuild the World lens will be arriving on the app, but we’ll keep you updated as soon as we find out.