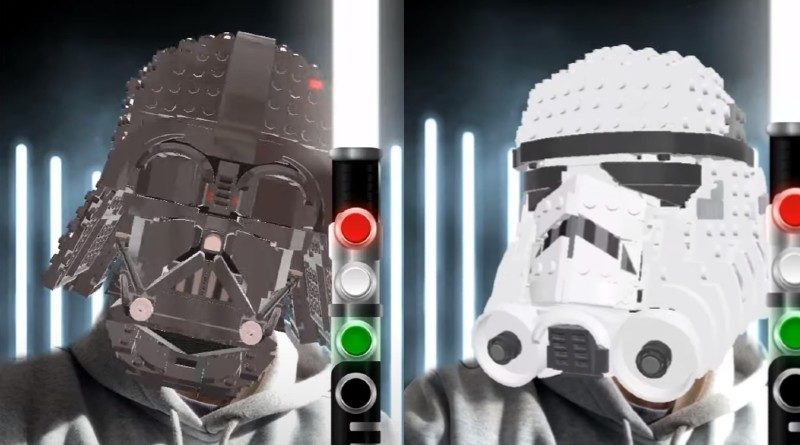 You might remember that the LEGO Group has partnered with the social platform before to promote the new DOTS sets. That campaign involved a few lenses too with builders able to apply augmented reality effects to their selfies before sharing them with the world.

This new campaign focuses on a range of LEGO products too with the Star Wars Helmet Collection taking centre stage in four lenses. Busterwood is the developer behind the AR software who has worked on multiple other campaigns on the platform with clients such as Disney and DC.

A video has been released demonstrating the function of the effects, which appear to apply the following four sets to your head – 75276 Stormtrooper Helmet, 75277 Boba Fett Helmet, 75304 Darth Vader Helmet and 75305 Scout Trooper Helmet.

We’ve not been able to find the lenses on Snapchat at the time of writing, which may mean this was a limited event for May the Fourth. We’ll have to wait and see if these LEGO Helmet lenses return so that builders everywhere can see what it’s like to wear a LEGO set.