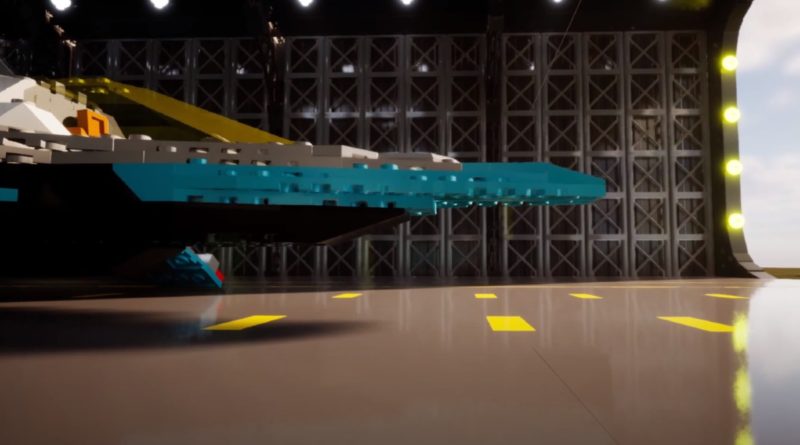 Hours after the reveal of LEGO Disney Pixar’s 76832 XL-15 Spaceship based on Lightyear, the model has been reverse-engineered in a game.

The three LEGO Disney Pixar Lightyear sets, including 76832 XL-15 Spaceship, were only revealed on May 28, but later that day YouTuber Raven319s had already recreated the unreleased build in their prototype Build-and-Play project as a fully-playable creation.

Instructions for the model have not yet been released as the Lightyear LEGO range will be launching on April 24, though that hasn’t stopped the developer from making the set, including the new transparent canopy piece, in their project.

A video showcasing its inclusion demonstrates that the ship is animated with the cockpit opening to seat the controllable minifigure and jets coming out of the engines.

Seeing the ship fly in this LEGO game project will hopefully help to tide us over until the full LEGO Lightyear range launches next month. Also reacting to the reveal of the models was the film’s director, who revealed himself as a fan of LEGO space sets as the range offers potential for modern interstellar builds.

April 2022 is also the launch month for many other products from the LEGO Group and partners including the next official LEGO game, 10300 Back to the Future Time Machine and a new NINJAGO comic series.

Support the work that Brick Fanatics does by purchasing your LEGO Lightyear sets using our affiliate links.