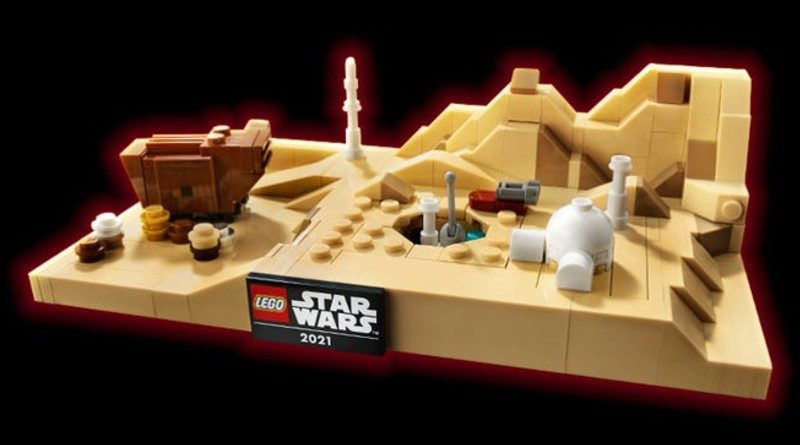 The exact amount of cash you’ll need to spend to earn LEGO Star Wars 40451 Tatooine Homestead has been revealed alongside the LEGO Group’s other May the Fourth offerings.

Star Wars Day is nearly upon us and as usual, the LEGO Group is celebrating in style with a new promotional set that’s exclusive to the event and covers a location never seen before in a LEGO model.

40451 Tatooine Homestead returns Star Wars fans to the seas of sand where the story of Luke Skywalker began, and to earn it you’ll need to make a LEGO Star Wars purchase equal to or greater than £85 / $85 / €85.

At that price, you’ll be able to grab the set by buying the new 75308 R2-D2, which is the other set releasing for the event, updating the fan-favourite droid with fresh functions and techniques.

However, if you’ve got any potential purchases that have been waiting in your baskets, then it may be the time to grab them as a double VIP points event will be held too, but only on LEGO Star Wars purchases.

We’ll keep you updated on the rest of the LEGO Group’s May the Fourth offers but so far, it’s looking to be a lucrative day for lovers of the sci-fi franchise and runs from May 1 to May 5.