It’s the classic activity of jellyfish hunting for Spongebob Squarepants, Patrick Star and Sandy Cheeks in this delightful LEGO build

There’s nothing SpongeBob SquarePants enjoys more than hunting jellyfish, especially when he is accompanied by his two best buddies, Patrick Star and Sandy Cheeks. This time they have decided to make more of an adventure out of their favourite pastime and head a little further afield.

Sandy’s rocket ship did successfully manage to orbit the Moon before heading back to Bikini Bottom and with a few technical modifications the range has been extended to get our friends to Mars and back. On arrival, SpongeBob and Patrick begin hunting while Sandy keeps watch on this unfamiliar planet. 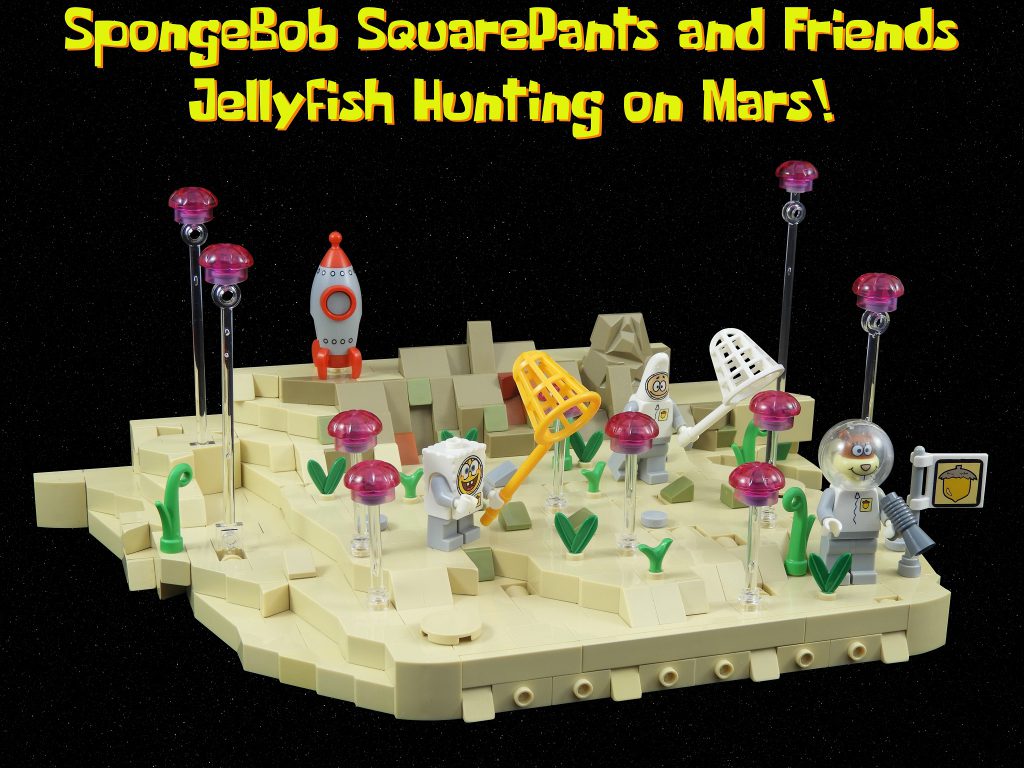 The minifigures used in this build are from the set 3831 Rocket Ride which was released in 2008 and I’ve been meaning to use them for some time. I decided to build mainly using tan pieces and then use different coloured parts to depict the mountain range in the distance where Sandy landed her rocketship.