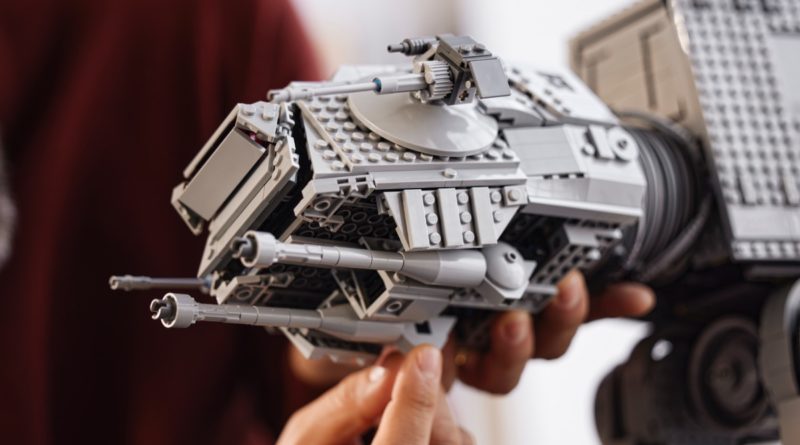 The latest LEGO Star Wars UCS set is arriving in homes worldwide, revealing that the box differs between regions, and there’s a good reason why.

Fuzzyfish444 on the LEGO Star Wars subreddit has revealed their latest haul from the official online store. 75313 AT-AT is the latest entry into the Ultimate Collector Series range of LEGO Star Wars sets, with an enormous recreation of the iconic Imperial walker included in the equally massive box.

However, that box won’t be the same for everyone receiving LEGO Star Wars 75313 AT-AT following its launch at the end of November 2021. As noted by the Reddit user, the AT-AT title on the box is replaced by TB-TT, which may remind you of Dark Vador on 75304 Darth Vader Helmet.

Like that previous set, this is no misprint from the LEGO Group. TB-TT is the translated name of AT-AT, which stands for Transport Blindé Tout Terrain instead of All Terrain Armored Transport.

Unlike 75304 Darth Vader Helmet and the translated name of Dark Vador, no secondary market listings for ‘misprinted’ 75313 AT-AT boxes have been posted at the time of writing.

LEGO Star Wars 75313 AT-AT is available now in the UK and Europe but has completely sold out in the US with no further copies scheduled to be available until after the holidays. You can read our in-depth review of the massive set here.