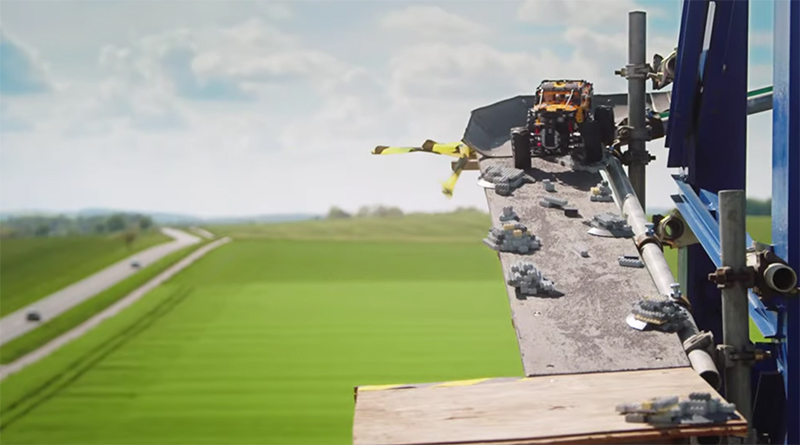 The new LEGO Technic remote control vehicle, 42099 4×4 X-Treme Off-Roader, has been put through its paces on a custom designed obstacle course.

A brand new LEGO Technic set with remote control functionality recently launched – 42099 4×4 X-Treme Off-Roader. To put the Powered UP infused build through its paces, the LEGO YouTube team took the set, affixed a camera to the front of it, then used the associated app to control the car. The only thing that made it extra tricky was that the obstacle course it was being driven around was 30 metres in the air, constructed around a crane.

After a few false starts, the model does indeed make it all the way down to the bottom, although thankfully the assault course becomes a little more forgiving towards the end.

42099 4×4 X-Treme Off-Roader uses the new CONTROL+ app to allow users to drive the vehicle using an app, with the new functionality promising greater precision than ever before. It was released alongside 42097 Compact Crawler Crane and 42098 Car Transporter (review).