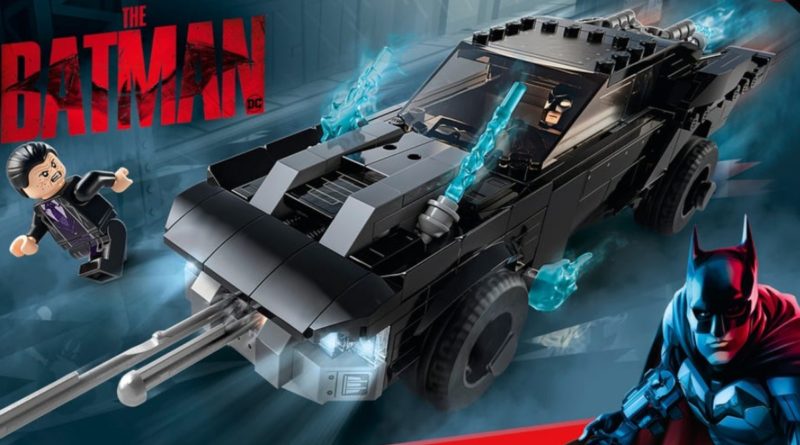 Out of the new LEGO The Batman models there is one that seems to take inspiration from another theme, other than the Technic Batmobile.

The LEGO Group has lifted the curtain on the first DC sets for 2022, which will be themed to the upcoming The Batman movie. The latest reboot of the Caped Crusader will also bring with it a new Batmobile, based on a muscle car rather than utilising exaggerated bat-like elements to augment the look. This new vehicle is getting a brick-built version, as well as the larger Technic 42127 The Batman – Batmobile.

LEGO DC 76181 Batmobile: The Penguin Chase sees the iconic bat-themed transportation recreated in a build that is just over eight studs wide, the same scale that the newer Speed Champions sets have been using. It even utilises the windscreen brick that the 2021 sets from the theme have featured.

By embracing the scale that Speed Champions has been using for the past year, the new LEGO Batmobile arguably feels even more realistic, a design choice that is likely done with purpose by looking at the muscle car-inspired shape.

Details within the creation include space for two minifigures inside, a good option if the Penguin needs to be taken back to 76183 Batcave: The Riddler Face-off‘s jail, as well as an open engine at the rear that can be augmented with blue flame pieces.

The other The Batman models are due for release in January, or earlier in the US, and you can get a closer look at the rest of the range here.