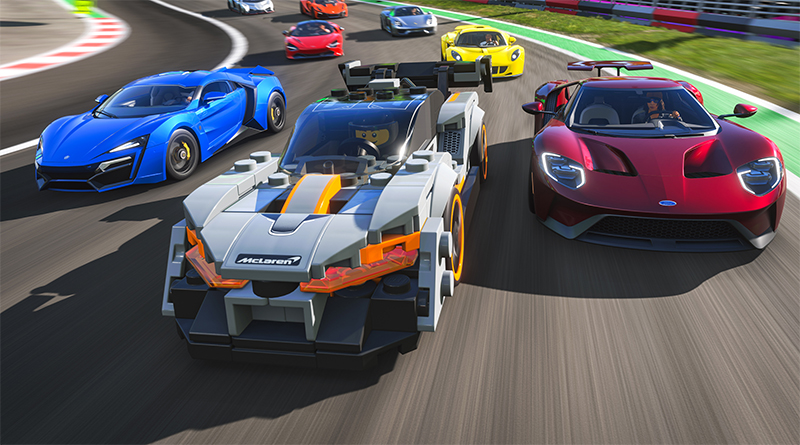 Forza Horizon 4 has been announced to be racing to Steam, bringing the LEGO Speed Champions expansions to even more players than before.

Back in June of 2019, it was revealed that an upcoming expansion to the popular open-world racing game Forza Horizon 4 would be themed to LEGO Speed Champions, including brick-built versions of supercars that could be found in actual sets. Initially, the expansion only released on Windows PCs and Xbox One, meaning fans without either wouldn’t be exploring LEGO Valley. Thankfully, this is no longer the case.

The LEGO Speed Champions DLC will launch, alongside the main game and the rest of the DLC, on Steam March 9. The expansion takes players to the new map of LEGO Valley where the bricks dot the countryside, desert and roads. Also included in this expansion are five LEGO cars that can be found in 75895 1974 Porsche 911 Turbo 3.0, 75892 McLaren Senna, 75890 Ferrari F40 Competizione and more.

There is currently no information on how much the expansion will cost on the PC platform but its cost on Xbox and Windows PCs is £14.99. Those looking to finally play the expansion can find out more here in a behind the scenes video.