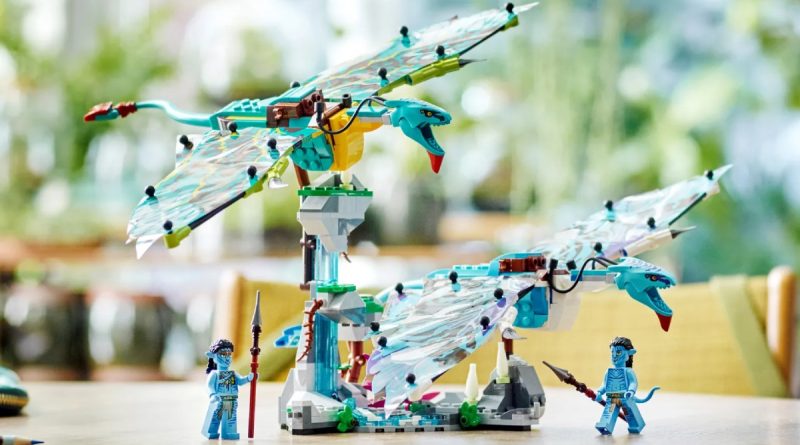 The LEGO Avatar models may not launch until October 1, but we can look at official images of the upcoming models to help pass the time until launch, including the many Pandoran beasts included in the builds.

Across the four minifigure-scale LEGO Avatar sets, four of Pandora’s creatures have been recreated, allowing us to compare them to their appearances in the film.

A good amount of the biggest LEGO Avatar model – 75574 Toruk Makto & Tree of Souls – is dedicated to the huge winged beast. The Toruk Makto is similar to the banshees but much larger and with a red and yellow colour scheme. These details are all captured in the official LEGO Avatar set, even down to the shaping on its chest.

Direhorses appear as steeds and peaceful animals in the first Avatar film and rather than make them out of multiple bricks, the LEGO designers have decided to depict them in the Avatar sets using a new moulded element with a flexible piece for the neural whips. Much like the Na’vi they are coloured blue, adding to the colourful LEGO Avatar range.

The Thanator was both friend and foe to the cast of Avatar, eventually assisting in the fight against the RDA, as depicted in 75571 Neytiri & Thanator vs. AMP Suit Quaritch. With a much darker colour scheme, the Thanator uses a new piece for the head and the jaw with its six legs featured on the model.

Since the release of Avatar in 2009, the Banshees have become a recognisable part of the franchise. Two of these brightly-coloured animals are included in 75572 Jake & Neytiri’s First Banshee Flight and also use a new element for their head and jaw, with a fin on the jaw too. These should display well next to the Toruk Makto on the featured floating mountains.