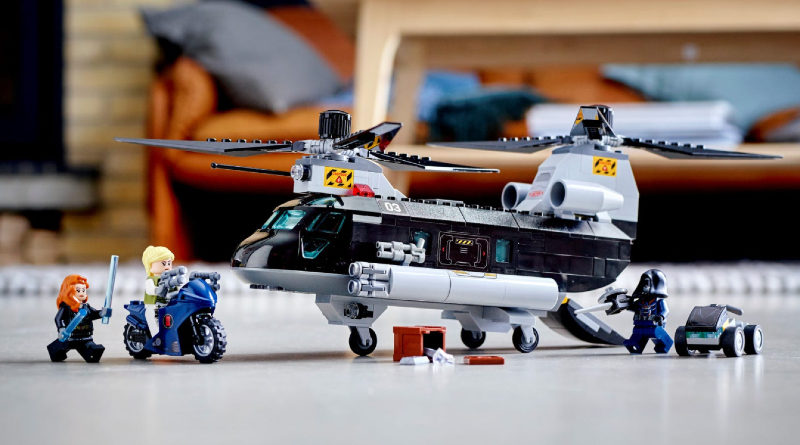 After what can only be called an interesting year for the film and toy industries, the LEGO Marvel Black Widow movie set is about to be relevant following more than 16 months on shelves.

Following months of closures amidst the COVID-19 pandemic, the next cinematic chapter of the Marvel Cinematic Universe is set to begin very soon as Black Widow arrives in cinemas.

Whilst this is no doubt exciting news for fans and builders alike, it also means we will finally know the context for the LEGO Group’s accompanying set for the film – 76162 Black Widow’s Helicopter Chase. Following the launch in March of 2020, the set was supposed to release a short time before the movie would release initially, but as we all know now, that wasn’t quite the case.

The 271-piece build is one of a few that has been affected by pandemic-related delays and contains minifigures based on key characters from the movie including Natasha, Yelena Belova and Taskmaster.

While Black Widow was withheld from release due to cinema’s around the world being closed for over a year, the LEGO Group kept the model on shelves waiting for the time when it would become relevant again. Thankfully, builders don’t have much longer to wait to see how a double rotor helicopter plays into the superhero spectacular if it does at all.

Other sets such as those for Minions: The Rise of Gru may follow a similar pattern and potentially demolish that record as the film has been delayed for release until next year. We’ll let you know if the range stays on shelves for what could be 27 months.