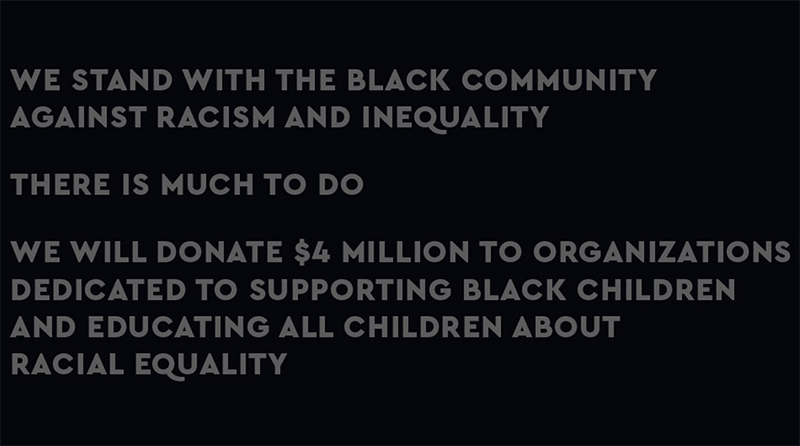 The LEGO Group has joined other companies and organisations in expressing solidarity with the black community, donating $4 million to causes promoting racial equality.

On May 25, George Floyd died after being handcuffed and pinned to the ground by a police officer. Onlookers took video of the footage, that showed a black man dying at the hands of a law enforcement officer and shared it on social media. A protest took place in Minneapolis on May 26, with those demonstrating doing so in support of the black community and against police brutality. Protests took place in cities across the US the following day.

Following the US President’s declaration that “When the looting starts, the shooting starts”, protests escalated. As protests continued night after night, on May 31 curfews were put in place in cities across the country and the National Guard were deployed in 24 states. Violence broke out at a number of protests, with clashes between police and protestors.

Today, the LEGO Group followed other companies and organisations including Disney, Netflix and Twitter, in expressing their solidarity with the black community. The company’s statement, shared on social media, reads:

“We stand with the black community against racism and inequality

“There is much to do

“We will donate $4 million to organizations dedicated to supporting black children and educating all children about racial equality.”

Individuals, activists, charities and organisations who have spent decades working to spotlight police brutality, improve the opportunities afforded to black people in the US and campaign for racial equality will be pleased to see the LEGO Group and other companies supporting this cause.