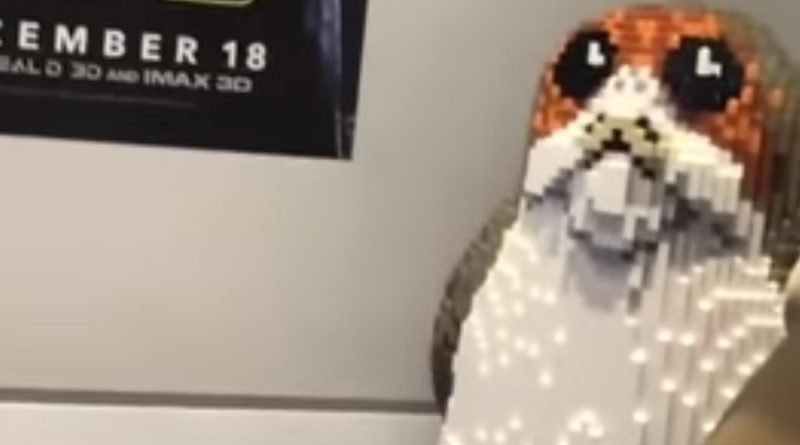 John Boyega, the actor who portrays Finn in the Star Wars sequel trilogy, owns a LEGO Star Wars Porg statue – but not by choice. The actor revealed in a YouTube interview that he tweeted about hating Porgs, with the LEGO Group sending him the enormous decoration in response.

“I’ve even got a Porg. I’ve got a lovely Porg over here. LEGO sent it to me after I tweeted that I hatest Porgs. Can you imagine? And it weighs so… it’s heavy,” he laughs [26 minutes in].

In the Jake Hamilton interview, he also reveals other props from the films that he was able to keep and now owns, including a blaster, Finn’s vest and Finn’s jacket. For May the 4th, he explains that he will start watching all of the Star Wars movies in his cinema room.