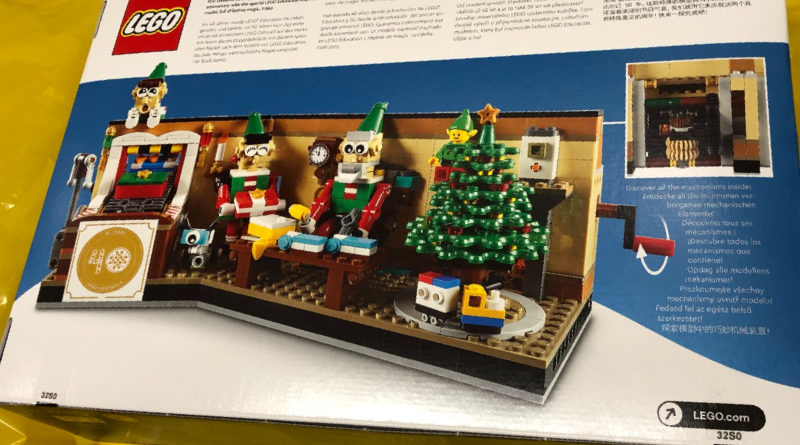 The annual employee gift for the hard workers of the LEGO Group has been revealed as a festive LEGO Education set.

Each year, employees at the LEGO Group receive an exclusive set themed to the holidays. This year, the model marks not only 40 years of LEGO Education, but 50 Years since the first LEGO gear wheel.

4002020 is the employee gift for this year and has been revealed by Senior Model Designer, Justin Ramsden. The set features a colourful box with a workshop model within.

The model includes play features celebrating the double anniversary. These features come in the form of a busy workshop floor, with both minifigure and brick-built elves making and wrapping gifts for Christmas.

To mark the 50th anniversary of the first gear wheel piece, the model includes a Christmas tree built from the newer gear wheel pieces. This same technique also appears in 10278 Police Station, the latest in the Modular Building series.

Last year’s employee gift marked the 20th anniversary of LEGO Star Wars, and the LEGO Group has continued the tradition of commemorating anniversaries with the latest gift.

The employee gift is currently fetching prices of around £200 on eBay, presumably from employees happy to part with it.