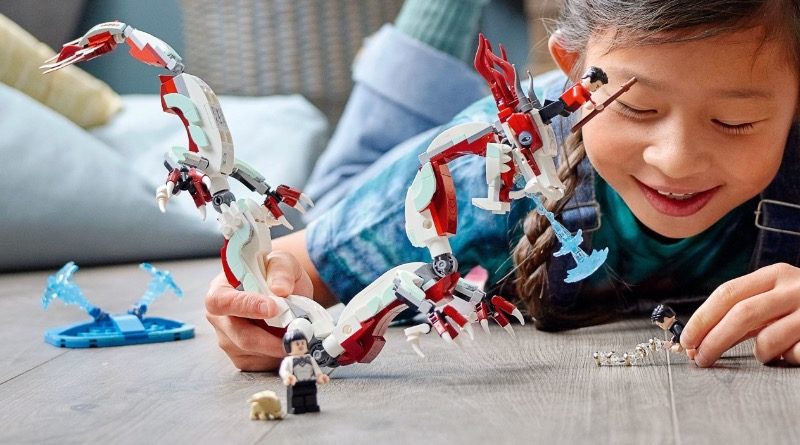 Both LEGO Marvel Shang-Chi and the Legend of the Ten Rings sets are finally available to order in the UK and across Europe.

76176 Escape from The Ten Rings and 76177 Battle at the Ancient Village have been available to US fans for a fair while, but the rest of us have had to play the waiting game – along with its bonus ‘one more day’ round, as they’ve actually arrived online and in-store a day after the other three August Marvel sets, for, erm, reasons?

Either way, grabbing both of them (or one of them, plus enough other Marvel sets to take you above the £40 / $40 / €40 threshold) will also net you the third and presumably final Shang-Chi set, 30454 Shang-Chi and the Great Protector. That polybag offers a miniaturised take on the dragon in 76177 Battle at the Ancient Village, and is available until August 15 (or while stocks last).

Both Shang-Chi sets include a handful of the titular rings, which are actually more like bracelets – and therefore surprisingly accurate, given the size of LEGO ring elements – but you’ll need to buy both sets to grab the full 10. Just don’t ask us what to do with your mini army of Shang-Chi minifigures.

Shang-Chi and the Legend of the Ten Rings will arrive in cinemas on September 3. Please consider supporting the work that Brick Fanatics does by ordering the tie-in Marvel sets using our affiliate links. Thank you!