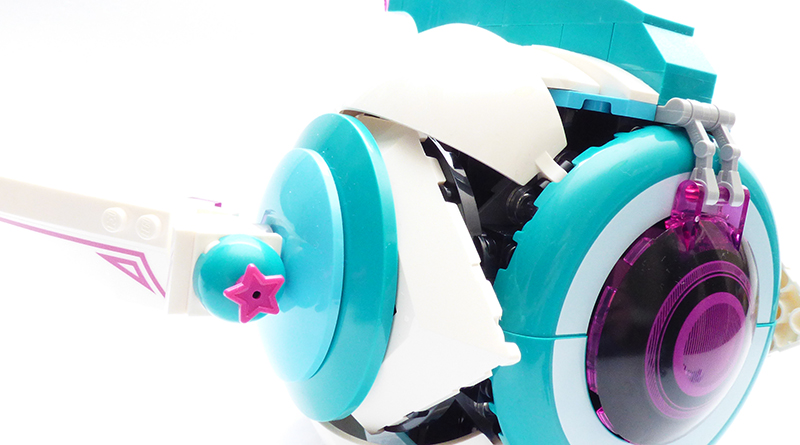 Time to bring the mayhem to Apocalypseburg with 70830 Sweet Mayhem’s Systar Starship from The LEGO Movie 2: The Second Part theme

When the trailer for The LEGO Movie 2: The Second Part dropped, the new spaceship immediately jumped to the top of fans’ wishlists. What is perhaps the most desired set in The LEGO Movie 2 theme, 70830 Sweet Mayhem’s Systar Starship contains Emmet and Wyldstyle minifigures with a Sweet Mayhem mini-doll to accompany her sweet ride. 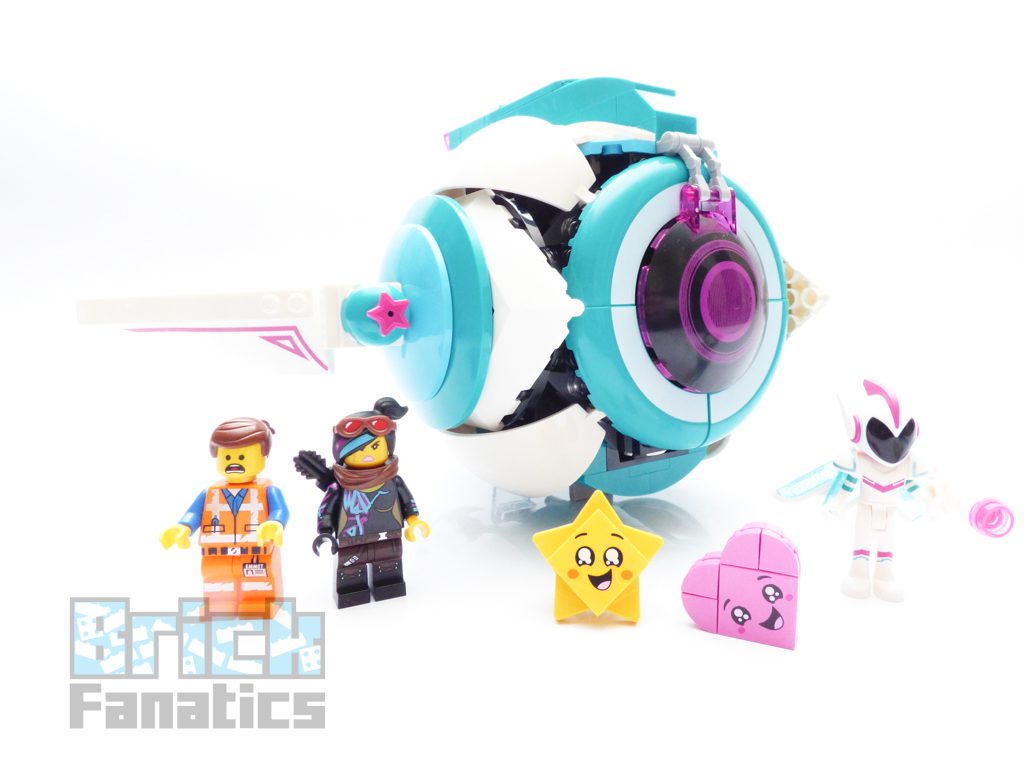 The design of the starship incredibly manages to blend a sleek, modern iPhone type design with hints of classic sci-fi. The colour scheme and sterile nature just screams classic sci-fi, with influences from 1950s flying saucers and 1980s visions of the future. As for the modern aspect, the circular front viewscreen with “eye” is reminiscent of modern smartphone type designs.

Having such a spherical design means that this barely looks like a LEGO set. At a glance, it just looks like a really nice model, as with a set such as 75060 Slave I. Not only does it look like an elegant display piece, but this also leads to it looking like a nice, playable toy. It is hard to pin down what makes something “toyetic”, but like many sets in the theme, 70830 Sweet Mayhem’s Systar Starship has the magic “toyetic” touch.

In the film, the doors open upward instead of to the side, but aside from that, the set is incredibly accurate to the exterior of the on-screen ship – right down to the droid arms holding the front viewscreen in place. This kind of movie authenticity is what makes these LEGO movie based themes extra special.

Building this is good fun and a SNOT-fest as fans will have assumed. The interior is actually quite boxy, but finishing touches gives it the spherical shape that makes it so definitely not blocky. Those are indeed hot air balloon pieces that are used on this set, showing the most ingenious use for them since 70911 The Penguin Arctic Roller.

As for the interior, there is a nice cockpit area for General Mayhem, which she looks perfect sitting in. The left door reveals a star chart which can be easily removed. The right door opens to reveal a prison cell, which has what is hopefully just a seat rather than a lavatory. There is plenty of space for a few prisoners in there.

A subtle button on the underside of the ship fires a disc featuring the star design. The same full size star found in other sets is also included here, as is the heart. The best feature in the set though has to be the sticker roll that is hidden in the back of the ship, dispensing labels to attack minifigures with – as seen in the teaser trailer.

Emmet and Wyldstyle are included in the set, the same minifigures included elsewhere in the theme. Wyldstyle is the more intricate of the two, but both are well designed. Sweet Mayhem also matches her mini-doll included in other sets, aside from the face – in this set, she has a sweet smile, making for a total of three different variations for the character.

No other set in the theme is quite like this one, which not only looks fantastic but includes the most unique play feature of any LEGO set ever released, with the roll of stickers giving a good indication of who might have built this spaceship. Those buying into the strange world of The LEGO Movie 2 will definitely want to pick up 70830 Sweet Mayhem’s Systar Starship. 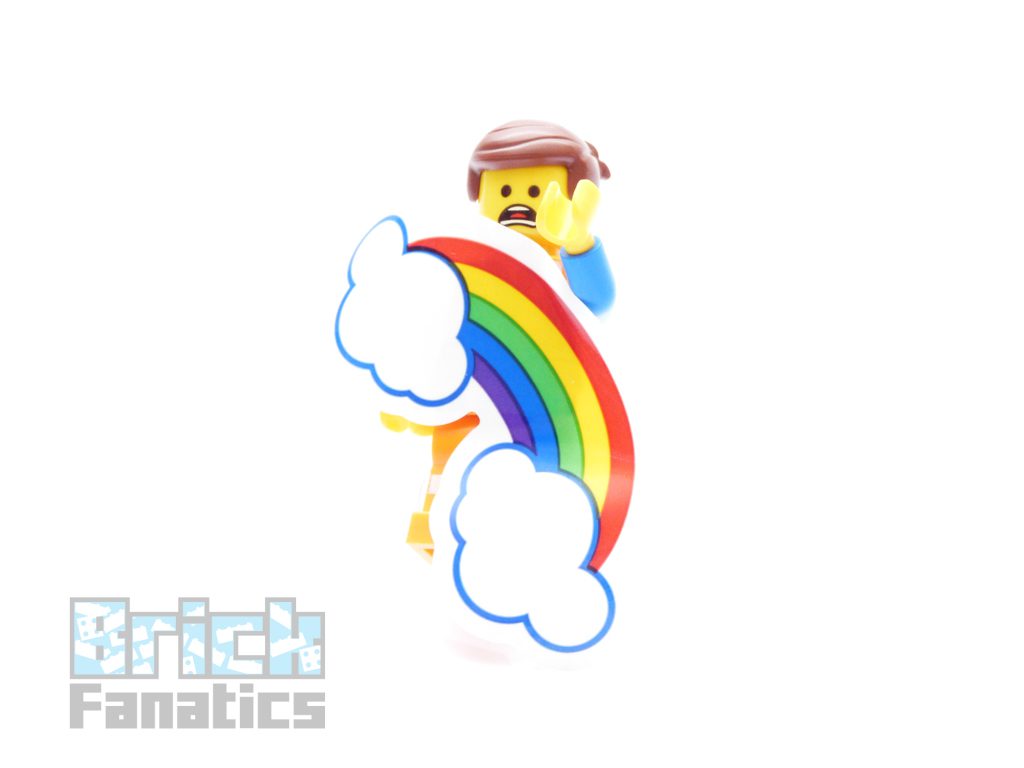