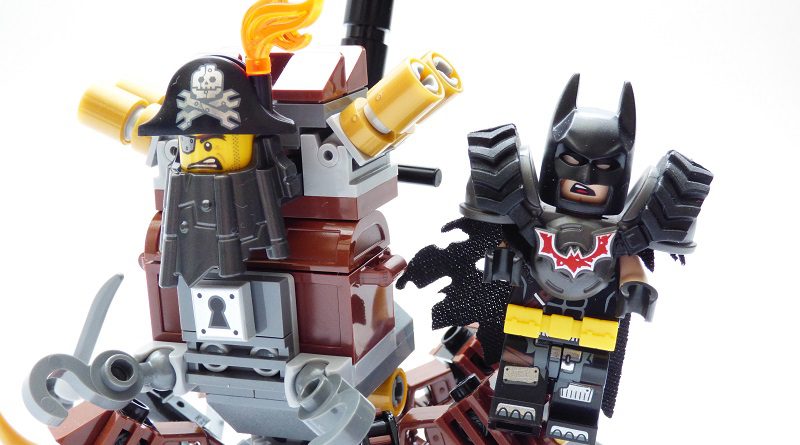 With two of the heroes from the first film back in action, does 70836 Battle-Ready Batman and Metalbeard bring something new to the characters for The LEGO Movie 2: The Second Part?

In case the marketing and sets released so far had not made this clear, Bricksburg has undergone a change. The LEGO Movie 2: The Second Part will see the characters living in Apocalypseburg, until their world is disturbed by the arrival of Sweet Mayhem. 70836 Battle-Ready Batman and Metalbeard provides two of the characters in their new post-apocalyptic guises. 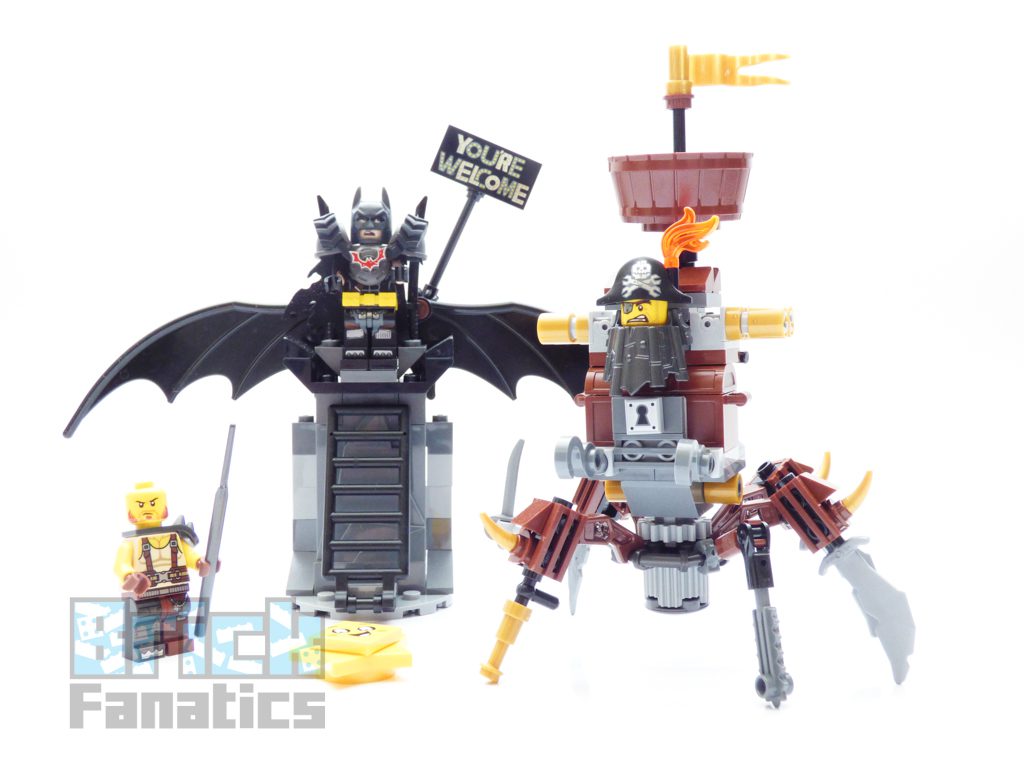 Metalbeard is a treat to build. The character is quite different to the more traditionally human shaped version seen in The LEGO Movie, but is still great fun. With five spider-like legs, three using swords, one peg-leg and one saw, he is great fun to pose thanks to well incorporated articulation. He also has an ‘arm’ holding a sword and hooks for hands as useless as those on a T-rex. All of the key Metalbeard aspects are retained on this mature version, who based on the other sets in the theme will not stay miniature for long. This pirate has a habit of reinventing himself.

The new post-apocalyptic Batman minifigure is absolutely excellent. While the armoured shoulder pads are part of one moulded piece, it really does look like it incorporates LEGO tyres and a bolted on bat symbol. Despite it being completely covered, the torso is finely detailed with additional belts and straps adorning the black armour. The bare arms but gloved hands was an excellent touch too. The new ragged cape completes the look perfectly, really giving the impression that Batman has been to heck and back.

As for Batman’s build, it is not quite so impressive. A moulded rock piece makes up the bulk of it, with space for Batman to stand at the top and huge bat wing pieces either side. As a display stand for Batman, it works fine, it just feels a bit like an extra bunch of bricks thrown in to pad the set out. It turns out that this is not the case at all, as a larger version of this is in the film, as footage released already has shown. The “You’re Welcome” in particular is much, much larger on-screen, echoing Batman’s habit of celebrating his own success as seen in The LEGO Batman Movie. A cave around back is also character appropriate.

Maddox is a neat minifigure who will pad out displays nicely. The mismatched trousers are a good choice to show the lack of resources in Apocalypseburg and the new shoulder armour element is very nice. Star is included here too, using two pieces clipped together as she does elsewhere in the range.

This does not feel quite like the best value set in The LEGO Movie 2 theme, but the Metalbeard is extremely well executed and worth owning. Getting this Batman minifigure is a must too, so while it may not be the first set to pick up, it should be on any LEGO movie collector’s wishlist.

70836 Battle-Ready Batman and Metalbeard is available now at shop.lego.com. You can help support Brick Fanatics’ work by using our affiliate links. 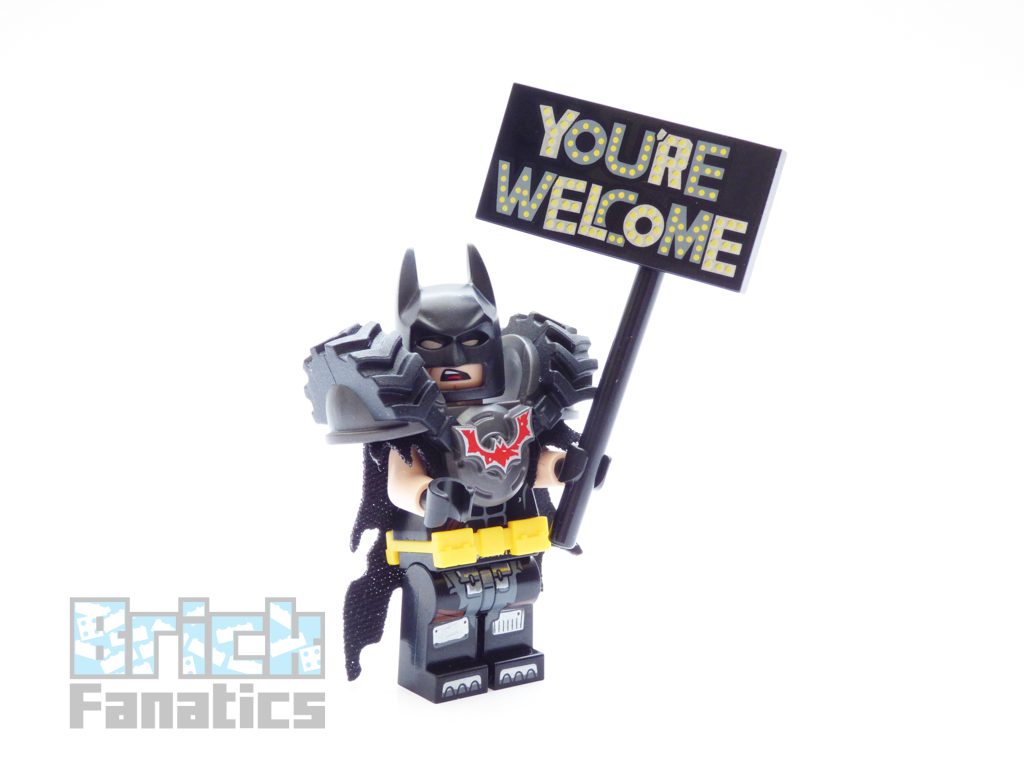