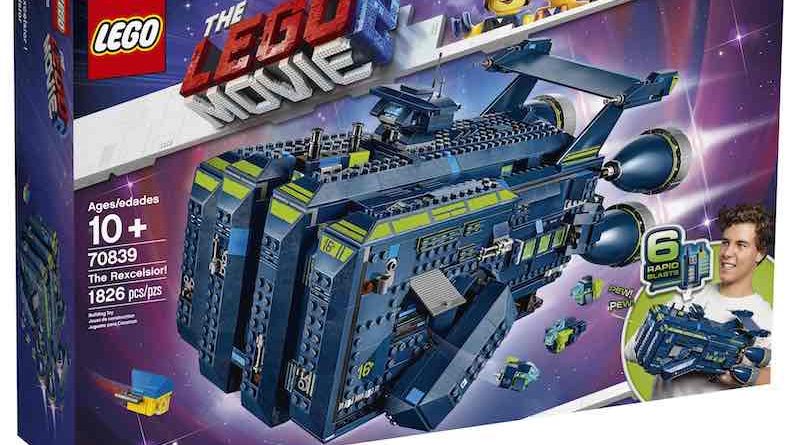 One of this summer’s new sets that will arrive as part of The LEGO Movie 2: The Second Part theme has been announced – 70839 Rexcelsior!

Rex Dangervest is continuing his adventures in The LEGO Movie 2: The Second Part theme, with a big new set that will be released as part of a summer wave of launches. 70839 Rexcelsior! will comprise of 1,820 pieces and retail for £139.99. To ensure that Rex is the ultimate action hero, his new vehicle will feature a rapid fire 6-missiler spring-loaded shooter. Minifigures included are Rex Dangervest and Emmet with drawn-on stubble and Rex outfit.

Although the images focus on the minifigures – Rex Dangervest and Emmet with drawn-on stubble and Rex outfit – the build itself looks to be sizable, with plenty of play functions no doubt hidden within. As with the other Rex Dangervest based sets, it follows the dark blue colour scheme with a green accent. Baby raptors and micro build spaceships are also included in the new set.

Last week, the largest set based on the film yet launched, with 70840 Welcome to Apocalypseburg! available now at shop.LEGO.com.