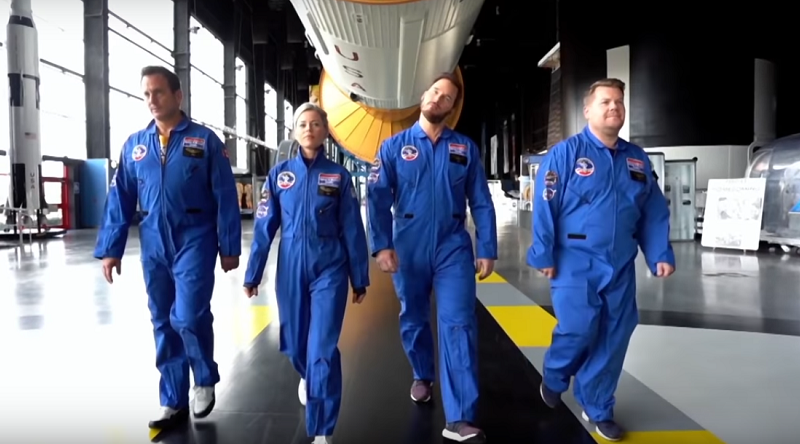 Chris Pratt, Elizabeth Banks and Will Arnett trained as astronauts at space camp in a segment for The Late Late Show with James Corden to promote the upcoming release of The LEGO Movie 2: The Second Part.

In The LEGO Movie 2: The Second Part, Emmet, Lucy and Batman head into space to the mysterious Systar System. To build hype for the film’s release, their respective voice actors – Chris Pratt, Elizabeth Banks and Will Arnett – visited space camp to train as astronauts during their promotional tour. They went along with James Corden for The Late Late Show, as a US audience continues to endure the British comic.

Former NASA Astronaut Robert “Hoot” Gibson puts the foursome through their paces, with simulations including the Multi Axis Trainer, the Centrifuge and the E.V.A. Simulator. Ultimately, Elizabeth Banks is selected as the most successful astronaut based on their performance in the experiences.

Just a few days ago, the largest set based on the film yet launched, with 70840 Welcome to Apocalypseburg! available now at shop.LEGO.com.