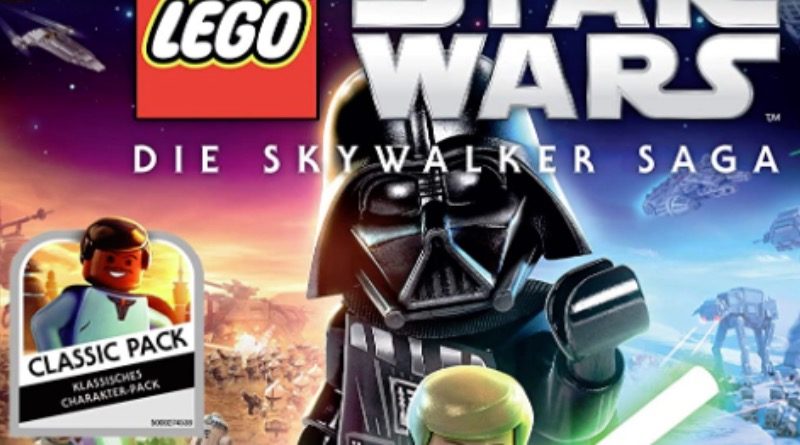 Amazon Germany has updated its listings for LEGO Star Wars: The Skywalker Saga, revealing that the Standard Edition Xbox release will include a free downloadable character pack.

Six additional content packs have been confirmed for the long-delayed TT Games title so far, all of which will be included with the Deluxe Edition of the game. But in Germany at least, the Standard Edition of the Xbox release will also include the Classic Characters pack.

There’s no word yet on which characters that pack will include, but the box art does tell us that we’ll be able to play as a retro version of Lando Calrissian. That suggests we can expect classic, yellow-skinned minifigures from the earliest days of the LEGO Star Wars line, similar to the 20th anniversary versions that were packaged into physical LEGO sets in 2019.

The remaining content packs will cover The Mandalorian, Rogue One: A Star Wars Story, Solo: A Star Wars Story and Star Wars: The Bad Batch. You’ll be able to grab them all in one go by ordering the Deluxe Edition of the game, but don’t worry if you’re at a loss over which one that is: our pre-order guide will clue you into all the different versions, and the bonuses available at different retailers.

Of course, we still don’t know when LEGO Star Wars: The Skywalker Saga will actually launch, but spring is almost upon us – so if it’s still on track for its current release date, we’re going to have to hear something soon. Then again, one data-minded redditor reckons it’s actually been delayed again…

For more on LEGO Star Wars: The Skywalker Saga, check out our complete guide to everything we know so far.