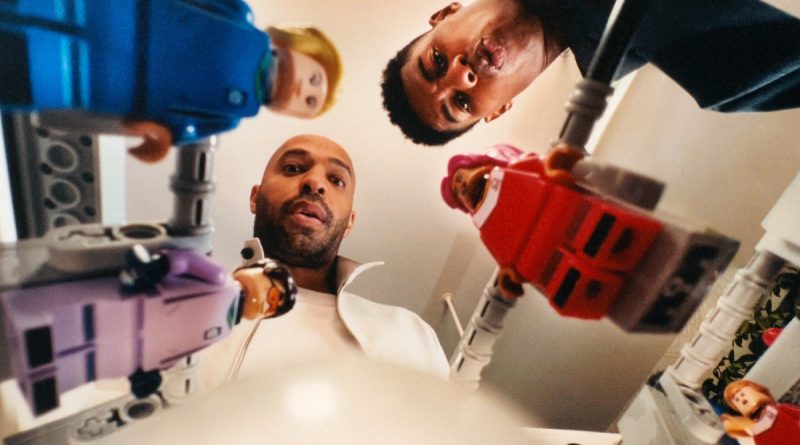 The sporting duo were apparently among the first to test out the brand new LEGO Ideas set, which recreates the functionality of a real-life foosball table (based on a design by Donát Fehérvári). While they were probably weren’t actually the very first – unless they had a residency in the LEGO Group’s design department – Henry and Rashford do both face off in a brand new promotional video for the set.

Available from November 1 for £214.99 / $249.99 / €249.99, the 2,339-piece 21337 Table Football includes 22 minifigures – enough for two full football teams, although the table can only accommodate teams of five – and works just like the real thing. That means you’ll be able to play actual games of table football on it, which is exactly what Henry and Rashford have done to promote the new model.

“Throughout my career I’ve played football everywhere you can imagine – from my garden to stadiums across the world and now in a LEGO Ideas Table Football set!” Henry said. “LEGO play is all about harnessing the unifying spirit of sport to rebuild the game for fans everywhere. I am very excited to see the new LEGO set bring people together across the world as they master the table football game in brick form.”

Henry’s involvement with the set doesn’t end there, either: he’s also heading along to the set’s launch event at 35–37 Rue des Francs-Bourgeois in Paris on October 29 and 30, where you’ll be able to take part in the ‘ultimate LEGO Table Football competition’, go hands-on with bricks and hear talks from ‘inspiring speakers’.

“I love building with LEGO bricks – but to now build and play football against Thierry Henry in LEGO form is amazing!” Rashford added. “Football brings fans together and it is great to see that the LEGO Ideas Table Football set does the same.”

21337 Table Football will be available to purchase from LEGO.com and in LEGO Stores from November 1. Keep an eye on Brick Fanatics for our verdict on the set before then.