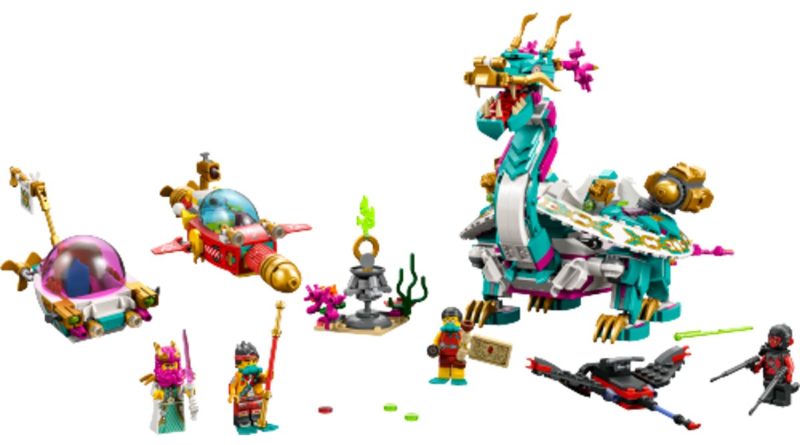 The third LEGO Monkie Kid summer 2022 set has been spotted, giving us our first look at the underwater 80037 Dragon of the East.

Rumours suggested that three LEGO Monkie Kid models were to be released in summer 2022, and two of the reported sets were revealed yesterday on the Instructions app. The only build that was missing was 80037 Dragon of the East. However, that has now changed thanks to the online instructions portal.

A blurry image of the missing model has now been revealed, offering a look at what’s included in 80037 Dragon of the East. The dragon itself has a large shell on its back with what appears to be boosters built onto it.

Two exclusive minifigures are included, with Tang in a wetsuit and flippers as well as Ao Guang. An evil Macaque minion and Monkie Kid are also present with vehicles for three of the four minifigures.

The initial rumour said that this set would release on June 1 for $79.99. However, that information has yet to be officially confirmed. This listing on the instructions database suggests that a full reveal could be coming soon. Provided the reports are accurate, it will be joined by 80038 Monkie Kid’s Team Van and 80039 The Heavenly Realms.