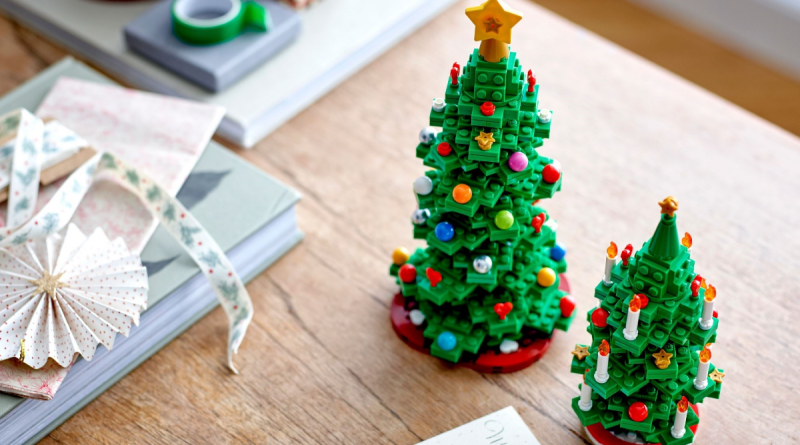 A trio of Christmas-themed LEGO sets has appeared on LEGO.com today, joining a selection of other festive LEGO products.

The LEGO Group tends to release its new seasonal items in advance of a particular time of year. Christmas is no exception, with three new generic festive items now available for purchase in the UK and Europe. US shoppers can expect them on October 1.

First up is 40571 Wintertime Polar Bears, a small scene featuring – er, a pair of polar bears. The set is the latest in a line of seasonal vignettes featuring furred and feathered friends, and should be a fine addition to any collection. However, it should also work well as a standalone model. It costs £11.99 / $12.99 / €12.99.

40572 Penguin & Snowflake, meanwhile, takes inspiration from the South Pole rather than the North. It allows you to build a pair of Christmas decorations, which can be hung from the branches of a Christmas tree. Some string is provided to facilitate this, and the set can be had for £8.99 / $9.99 / €9.99.

40573 Christmas Tree lets you build a small, elaborately-detailed tree for table display. While brick-built Christmas trees have appeared on several occasions, this one is particularly impressive. It comes with new recoloured heart elements as decorations, and can even be built as two smaller trees instead of one big one. It’ll set you back £39.99 / $44.99 / €44.99.

In addition to these sets, the 2022 range of LEGO Advent calendars is now up for grabs. You may also want to pick up 40499 Santa’s Sleigh at this time. While it isn’t a new release (first appearing in 2021) it has proven extremely popular – and may sell out well in advance of Christmas itself.

One thought on “Three festive LEGO sets present themselves on LEGO.com”