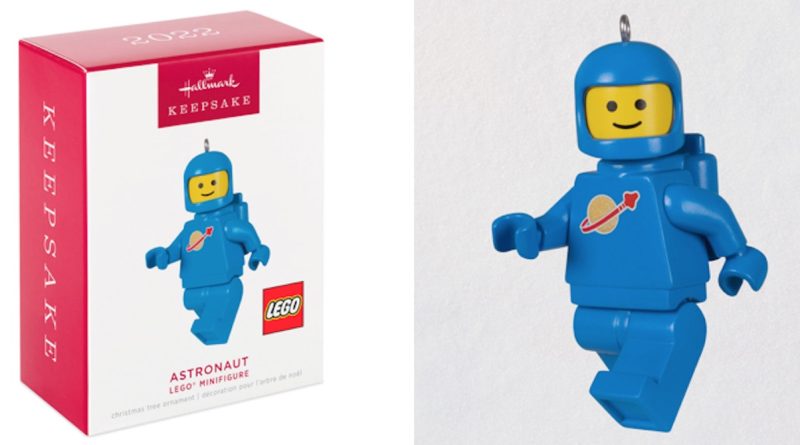 Most of this year’s LEGO Hallmark Christmas Keepsake ornaments are now available to order from the company’s UK store.

We say ‘most’ as there are in fact four ornaments available in this year’s full line-up, although customers in the UK can only currently get their hands on three of the festive decorations. Initially revealed earlier this year, the LEGO-themed ornaments for 2023 include an Astronaut, Yeti and Harry Potter minifigures.

In addition, a BB-8 droid figure wearing a Santa hat is also part of the current range, although the ornament can only be purchased by those of you living in the US. However, this does at least mark the first time that the LEGO Hallmark Christmas Keepsake ornaments have been made available directly from the UK store, so it’s possible the plucky Star Wars astromech may still make an appearance on this side of the pond at some point.

Each limited-edition LEGO Hallmark Christmas Keepsake is packaged in its very own gift box and is priced at £12. Delivery is free with all purchases and if you sign up for the Hallmark newsletter, you’ll also bag yourself a not-too-shabby 20% off your first order.

If it’s more seasonal sets that you’re after, then be sure to keep an eye out the upcoming arrival of 10308 Holiday Main Street, with the model joining a festive line-up that also includes 10293 Santa’s Visit and the soon-to-retire 10275 Elf Club House.