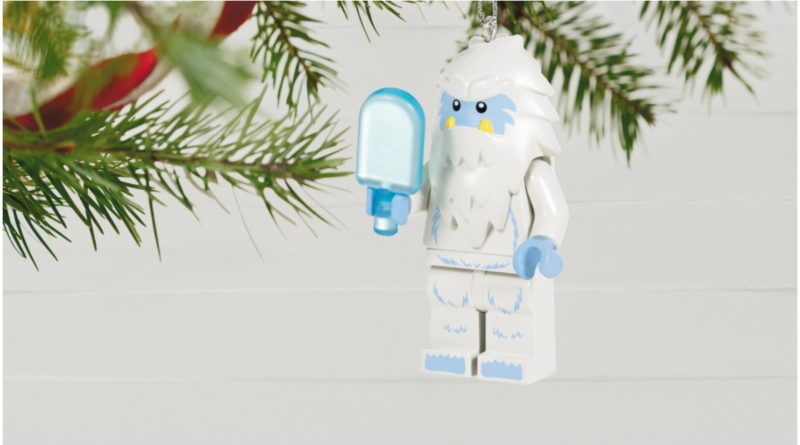 A set of four new LEGO-themed Christmas ornaments have been unveiled by Hallmark, allowing you to add some festive cheer by the year’s end.

Hallmark is a company renowned for its gifts and greeting cards, as well as its novelty Christmas ornaments. The company produces a wide number of ornaments from licensed properties, including Disney, Peanuts and American sports teams. They also have a long track record of producing LEGO ornaments, in both licensed and un-licensed variants.

Four ornaments have been announced for 2022, drawing inspiration from various LEGO themes. We’re quite fond of the Yeti, although the not-Benny LEGO astronaut is certainly an offbeat choice. Harry Potter and Star Wars ornaments have also been released; the latter appears to draw inspiration from one of the previous LEGO Star Wars Advent calendars.

As you can see, each ornament comes with its own gift box. This makes it easier to present them as… er, presents, or just safely store them for long-term use. They range in size from just under 2″ high to just over 2.5″ high; naturally, BB-8 is a little smaller than his fellows.

If you’re more of a traditionalist, have no fear; we’re sure a range of seasonal items will be available at LEGO.com as well.