Characters new and old will appear in Star Wars: The Last Jedi, many of them now available to own as LEGO minifigures – Brick Fanatics counts down the best of the bunch

With the LEGO Star Wars: The Last Jedi range of sets now available, the countdown to the release of the next movie in the Star Wars saga has really begun. Brick Fanatics is ranking the ten most desirable new minifigures that have been released, to see who fans will most want to add to their LEGO Star Wars collections. For the purposes of this article, droids and other characters will be included alongside minifigures.

Every faction in Star Wars needs plenty of pilots ready to fly starships into battle, and 75188 Resistance Bomber delivers those minifigures. Resistance Gunner Paige, Resistance Bomber Pilot and a Resistance Bombardier all feature similar parts, but they are exquisitely detailed. The level of attention paid to their pilot outfits and helmets is impressive even to the seasoned LEGO Star Wars fan who has seen dozens of pilot minifigures.

This new character will be a key member of the Resistance, a leader like General Leia. Vice Admiral Holdo has funky purple hair, meaning fans get a great new minifigure hairpiece. The character design is a fairly simple representation of a Resistance leader, nothing too surprising, but her status as a new character increases the appeal.

Wearing the same jacket that he did in Star Wars: The Force Awakens makes Finn the least appealing of the core hero minifigures. That said, comparing the two minifigures side by side shows that the new version based on Star Wars: The Last Jedi is an improvement, with a better torso design giving the impression of the jacket being rumpled, showing more curved lines than the more static looking original.

The villain of the piece has a new outfit as well as a new TIE Fighter. LEGO Kylo Ren’s lack of helmet suggests that the character will be ditching the intimidating mask this time around, instead showing off his scar that nicely runs across the minifigure’s moody glare. The new torso and legs have more of a chainmail feel than the version based on Star Wars: The Force Awakens did.

The ranks of the First Order are already quite predictable in minifigure form, with most of them being variations on either the regular Stormtrooper or First Order Officer with some unusual shaped helmet. This driver for the AT-M6 stands out from the crowd, with a nice grey and white pattern including a stripe on the trooper’s helmet.

The quintessential hero, Poe Dameron is an irresistible character who has been captured perfectly in this latest minifigure. Sporting his relaxed smile, dashing hero hair and Han Solo style jacket over shirt, few LEGO minifigures so accurately capture the spirit of the character they are based on. A Poe minifigure in flight suit comes with 75188 Resistance Bomber, but this version is definitely the more exciting of the two.

Thankfully one of the movie’s key new characters appears in the range’s lowest priced set. Rose Tico is a member of the Resistance, in awe of Finn who she sees as a hero. The pair go on a mission together to a casino on Canto Bight, with the LEGO set revealing that BB-8 will be travelling with them. The Rose minifigure has a great little Resistance engineer type uniform and a fancy new hair piece.

The returning character with the most exciting costume change is undoubtedly Rey, as she ditches the scavenger rags in favour of full-on Jedi garbs. It is unclear of how much of Luke Skywalker’s help she will get, but fans are fully expecting her to unleash the Force in Star Wars: The Last Jedi. The minifigure captures the character’s simple Jedi outfit perfectly, featuring a great new hairpiece too.

A character that has aroused a lot of mystery since images first appeared of a black BB unit, BB-9E seems to be a droid that is part of the First Order. The LEGO version has beautiful printing, using the same ball element as BB-8, but with a new more angular dome to reflect the on-screen version. It will be intriguing to see whether the First Order’s BB units are as cute as those working for the Resistance.

Snoke might not be the very best minifigure in the range, though his LEGO doppelganger is certainly one of them. No, what puts him at the top of the list is the amount of speculation and curiosity that had arisen around his character in the two years since Star Wars: the Force Awakens was released. Owning such a mysterious character, having a little version in your hands, has an extra frisson of excitement to it. The only minifigure that could realistically have knocked him off the top spot would have been Luke Skywalker.

Star Wars: The Last Jedi is due for release on December 14 in the UK and December 15 in the USA. 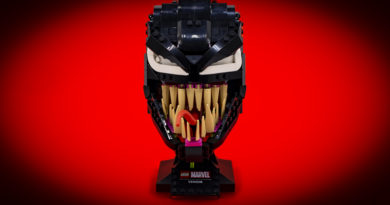 END_OF_DOCUMENT_TOKEN_TO_BE_REPLACED

With rumours for a supposed LEGO Marvel Collectable Minifigures Series appearing online you may be wondering . . .

END_OF_DOCUMENT_TOKEN_TO_BE_REPLACED 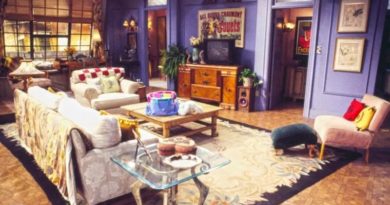 Following on from 21319 Central Perk, there may be another LEGO Friends TV show set on . . .