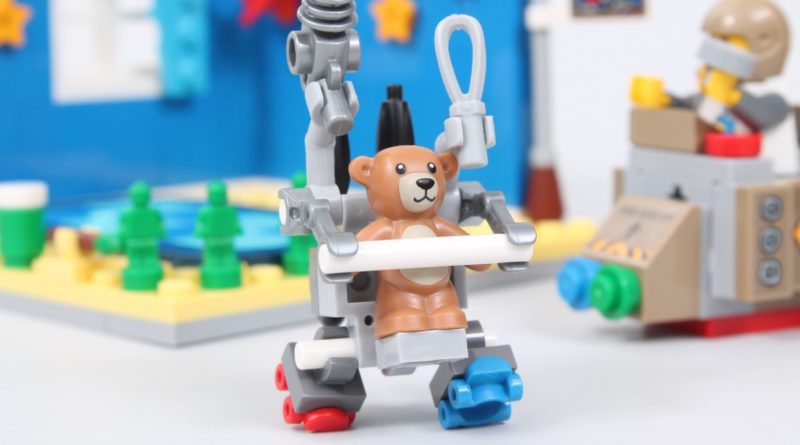 Two brand new LEGO gifts-with-purchase are now available online and in-store – including the latest LEGO Ideas set – and you can grab them both in a single order.

While the rumoured 10303 Roller Coaster is now said to be launching in July – instead of May or June, as initially suspected – 40529 Children’s Amusement Park is a fine stopgap for the time being, featuring a banana swing ride, two functioning arcade games and a pair of minifigures.

It’ll also likely make a nice addition to the coaster, if and when it comes to pass, so it’s definitely worth a punt if you’re planning on expanding your LEGO theme park later this summer. The only Fairground Collection set currently available is 10273 Haunted House, and grabbing that £219.99 / $249.99 / €249.99 set is more than enough to qualify for both new freebies if you don’t own it already.

40533 Cosmic Cardboard Adventures is definitely worth aiming for, too, as the latest LEGO Ideas gift-with-purchase inspired by a fan design. This one’s based on a contest entry by Ivan Guerrero, who was also responsible for bringing 21324 123 Sesame Street to LEGO Store shelves, and effortlessly captures that sense of childhood wonder and imagination.

Check out our review of 40533 Cosmic Cardboard Adventures for a closer look at this gift-with-purchase, which is pretty close to Ivan’s original submission – and also features a couple of well-placed nods to Classic Space.

Both of these free gifts will be available until May 30, or while stocks last, which is just shy of all the new stuff arriving on June 1. (The LEGO Group’s marketing department knows what it’s doing.) But there should be plenty to entice at LEGO.com, particularly given so many new sets have debuted over the past few weeks.

If you need some more inspiration, check out six ways to qualify for 40533 Cosmic Cardboard Adventures (and, therefore, 40529 Children’s Amusement Park – it’s always nice when you can double up on promos).