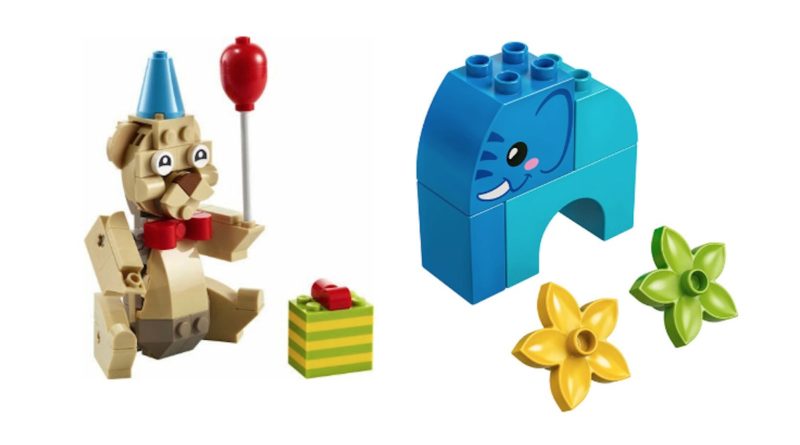 LEGO VIP members can now pick up two new polybag rewards in the shape of 30582 Birthday Bear and 30333 My First Elephant.

Two new items have been added to the LEGO VIP Rewards Centre, with the previously-revealed 30582 Birthday Bear and 30333 My First Elephant polybags available now. Images of both sets were first glimpsed on the official LEGO Building Instructions portal, alongside a number of other polybags scheduled for 2022.

LEGO VIP members can head to the Rewards Centre to claim the sets for themselves for just 500 points each. 30582 Birthday Bear is an 80-piece brick-built bear complete with poseable arms and legs, plus a blue party hat, red bow, present and balloon. 30333 My First Elephant consists of just six DUPLO pieces, including two flowers.

The 30582 Birthday Bear and 30333 My First Elephant polybags appear to be available in a number of territories, including the UK, US and Europe. There are no details on how long these two VIP rewards will be available for though, so you may want to snap up the promotional sets sooner rather than later.

Both sets could also potentially be picked up as bonus items next week, thanks to the returning Double VIP points event from July 12 to 13, assuming they haven’t vanished by then.