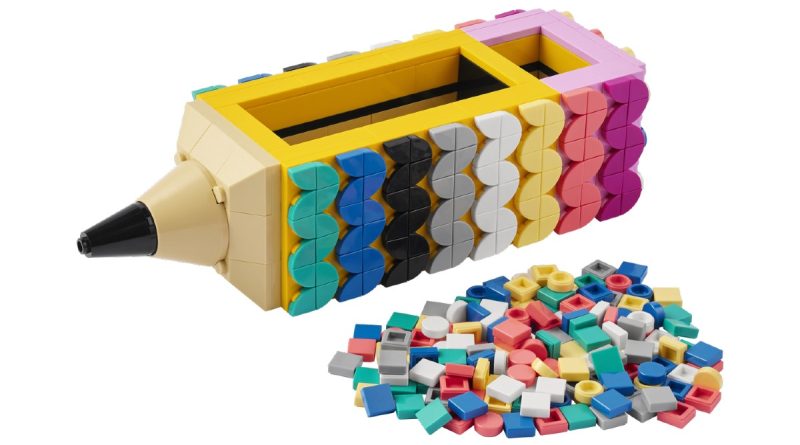 Those looking to add extra items to their LEGO shopping baskets are in luck. Thanks to the official Australian online store, we now have full details of two new GWP items that may be available in other territories from August 8. Fortunately, as it’s already rolled round to the early hours of Monday down under, we have a good idea of what should be arriving elsewhere very soon.

First up is the previously reported 40561 Pencil Holder, with the DOTS set already having been listed on LEGO.com with a value of £13.49 / $14.99 / €14.99. The 476-piece set is itself shaped like a giant pencil and includes a moveable divider, plus room for plenty of back-to-school stationery. The Australian online store states that the GWP can be added free to orders over AUD$139 on DOTS, Friends and/or CITY sets until August 28 (while stocks last).

In addition, a second GWP has arrived in the shape of 30509 Yellow Yoshi’s Fruit Tree Expansion Set. The promotional model was recently rumoured to be arriving tomorrow, with the Australian online store stating that the GWP is free with purchases of LEGO Super Mario products over AUD$109 until August 15th.

We expect both LEGO GWPs should be available in other territories starting from August 8, but we’ll bring you full confirmation from the LEGO Group as soon as we have it.