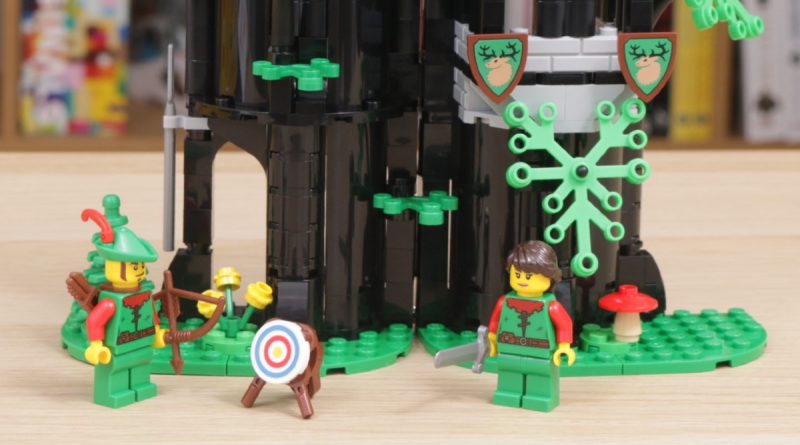 Three LEGO gifts-with-purchase are rumoured to be coming in August, including the return of an earlier 90th-anniversary set.

The LEGO Group retired its store calendars at the end of 2021, taking away the main avenue for planning purchases around its monthly promotions and free gifts. The rumour mill is there to plug the gap, however, and Instagram user brick_clicker has now published details on what to expect at LEGO.com and in LEGO Stores throughout August.

Here’s a complete rundown of everything rumoured to be coming our way next month – and when best to place your order to maximise returns.

Top of the list is the alleged return of 40567 Forest Hideout, a remake of a classic Forestmen set designed to celebrate the LEGO Group’s 90th anniversary. The gift-with-purchase was originally free with orders above £150 / $150 / €150 in June, and it’s now said to be coming back at the same threshold from August 1 to 15.

That means you may be able to bag it when buying 10305 Lion Knights’ Castle after all – addressing a point of frustration around its initial availability window – but only if stocks hold out, as the 90th-anniversary Castle set isn’t due to launch until August 8. There’s plenty still coming on August 1 to justify placing an earlier order to secure your copy, though.

From August 4, 40515 Pirates and Treasure VIP Add On Pack – an Xtra-style bag of themed bricks and pieces – will reportedly be free to VIP members spending at least $50. The Add On Pack was originally available to a select number of VIPs through a six-month trial program that started in 2021.

Randomly-chosen VIP members were emailed two codes for each of the four packs, which could be redeemed as free gifts with orders at LEGO.com. They’ve never been available beyond that very limited distribution, however, so fingers crossed 40515 Pirates and Treasure VIP Add On Pack genuinely is getting a wider release in August.

The next wave of LEGO Super Mario sets – headlined by 71403 Adventures with Peach – is finally landing on shelves next month, and the LEGO Group apparently has a gift-with-purchase up its sleeve to celebrate. 30509 Yellow Yoshi’s Fruit Tree is said to be available from August 8 to 15 with a $40 spend on LEGO Super Mario sets.

That’s a pretty low threshold for a free gift – even if it is just a polybag – so it could be worth holding off on any Super Mario sets for at least a week. If you time it right (and there’s enough stock available), you could pick up all three of August’s rumoured free gifts with a single $150 spend on LEGO Super Mario sets on August 8.

If the interactive video game theme isn’t your thing, though, the best time to buy – as long as you’re a VIP member – will seemingly be August 4, when you’ll reportedly be able to double up on 40567 Forest Hideout and 40515 Pirates and Treasure VIP Add On Pack. Of course, that means rolling the dice on whether the sets you want sell out before then…

All that said, details surrounding these GWPs should still be considered rumours for now, so take them with a pinch of salt until confirmed by the LEGO Group.

One thought on “LEGO GWPs and promos rumoured for August 2022”