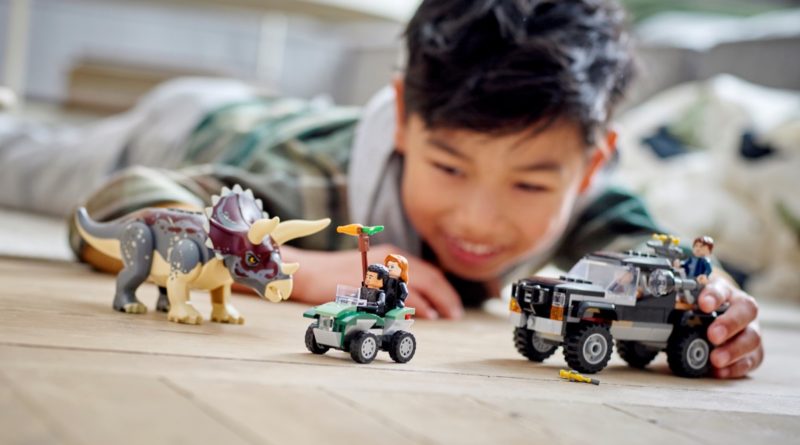 A pair of LEGO sets for Jurassic World: Dominion have been revealed, offering some intriguing insights into the film to come.

There are some interesting features around these sets: 76950 includes a bonnet that can be easily broken off, while 76951 appears to include a brand new dinosaur mould. A reference to Biosyn Genetics (which appeared in the original Jurassic Park novel) can also be seen, adding some additional texture to these new releases.

The triceratops appears to sport an all new red and grey colour scheme; if you’ve been picking up the LEGO Jurassic World dinosaurs, this is an attractive new addition to your collection. Most of the other elements seem pretty off-the-shelf, although we do get a new yellow syringe piece this time around.

A new set inspired by Jurassic Park has also been uncovered. 76956 Jurassic Park T.rex Breakout recreates a key scene from the original movie, and includes Alan Grant amongst its minifigures. By getting this trio of sets, you’ll be able to score the original Jurassic Park trio – and some extra goodies alongside them.