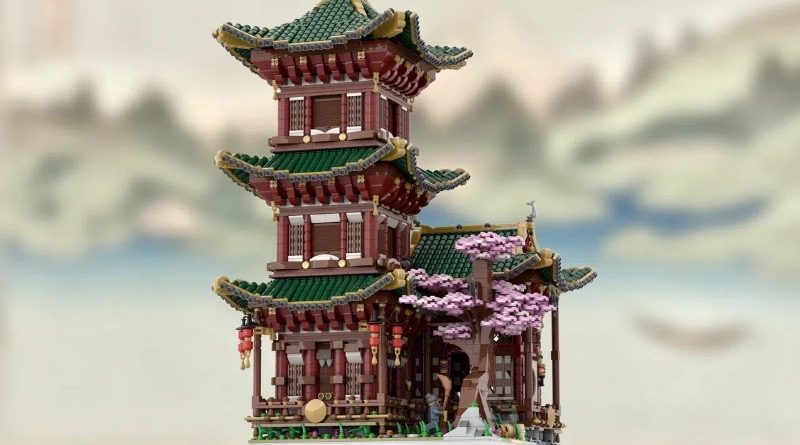 A pair of potential new LEGO sets will now never make it to market, as two more projects in the BrickLink Designer Program have been archived ahead of the crowdfunding phase.

More than two dozen rejected LEGO Ideas projects are getting a second chance at life as an official set through the BrickLink Designer Program (BDP), which is currently in the pre-production phase. The designers behind the remaining 26 projects are currently fine-tuning their builds to pass the LEGO Group’s rigorous testing standards.

We say ‘remaining’ because the BDP actually started out with 31 different designs from 27 talented fans. In the months since pre-production kicked off, however, three builders have pulled out of the program. Robert Bontenbal – designer of 21310 Old Fishing Store – was the first to go, and he’s now been followed by a pair of builders behind very similar projects.

Brickfornia’s Temple of Hermit and TAXON55’s Japanese Old Style Architecture both take inspiration from Asian construction styles, but neither will be among the 13 projects produced during the program’s crowdfunding phase, as they’ve both been archived on BrickLink.

According to the project page for Japanese Old Style Architecture, TAXON55 had to withdraw from the program owing to ‘other obligations’. Brickfornia, on the other hand, apparently chose to step down as their model proved too complex to revise in order to meet the program’s strict requirements.

While the project page doesn’t go into specifics, we know from our interview with BDP participant Harry Finkel – the designer behind The Mountain Windmill – that meeting the LEGO Group’s standards for an official set isn’t easy. For instance, designers are limited solely to existing colours and pieces. That means they’ll have to remove any potential new recoloured elements from their original designs – but it could also pose problems for older projects that include pieces that have since been retired from the portfolio.

Even though these two projects will no longer be part of the program, there are still 26 other designs in contention. Just how many of those will pass the testing phase remains to be seen, but we’ll know come June 1, when the crowdfunding phase gets underway.

For more on how the LEGO Group is planning to resurrect rejected Ideas projects, check out our comprehensive guide to the BrickLink Designer Program.