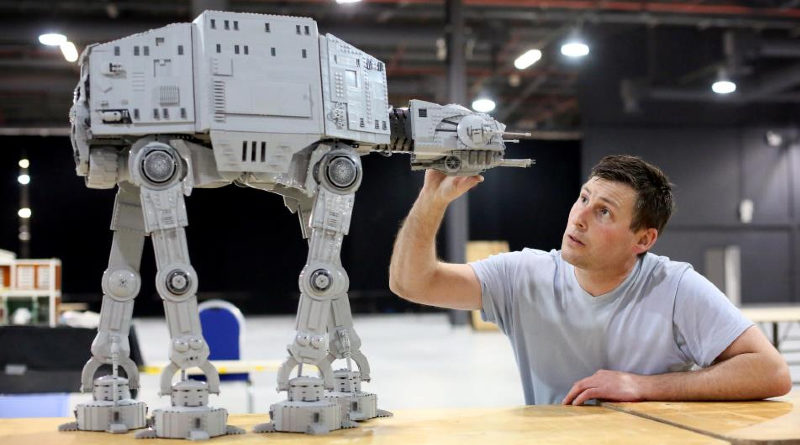 LEGO Star Wars’ Ultimate Collector Series could be bringing back R2-D2, whilst the 11,000-piece Death Star may be a lot smaller or even end up as an AT-AT.

Further rumours have surfaced as to the intentions around the LEGO Star Wars theme in 2021.

MandRproductions has uncovered details of what might be the summer wave of sets, including many that take inspiration from The Mandalorian and Clone Wars TV series.

In addition to these, Ryan also has information on the apparent direction of the UCS range of sets. Remember that these are all just rumour at this stage and should be treated as such until the LEGO Group makes an official announcement.

Next in the list may be 75309 as the upcoming Republic Gunship and reiterates a previous rumour that stated this fan-voted set would come in at a cost of $349.99. Ryan believes that the piece count will be 3,292, but has no details on potential included minifigures. The model was chosen as a future UCS set by fans last year in a LEGO Ideas vote.

Turning attention to the end of 2021 and Ryan suggests that at the end of the November will come 75313, at a price of $799.99. This was previously rumoured – at this price – to be an 11,000-piece Death Star, but Ryan understands that the piece count is actually going to be 6,782, whilst he cannot confirm if it will indeed be the Death Star (or Death Star II) or perhaps an AT-AT.

While fans know that a UCS Republic Gunship is on the way in some form or another, each of these potential models and the details around them remain rumour and should be taken with a grain of salt until the LEGO Group officially reveals what 2021’s UCS offerings will be.