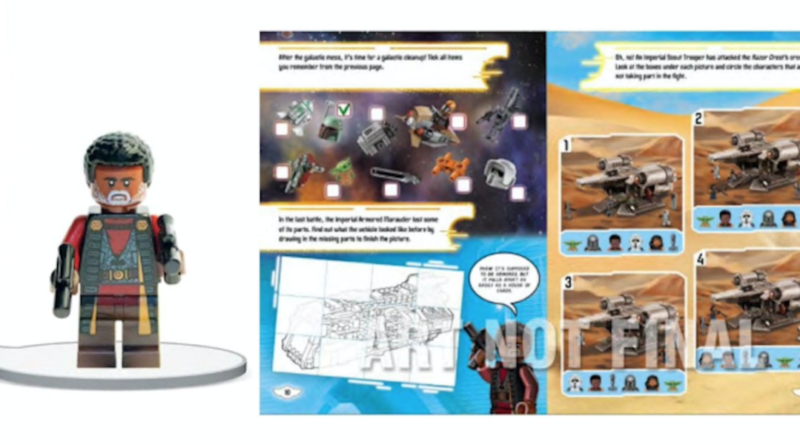 Details have been revealed of more confirmed minifigures that will be included in AMEET’s upcoming 2022 LEGO book titles.

AMEET’s 2022 publishing program is currently in full swing, with at least one official LEGO book already available in the shape of LEGO DC Super Heroes: Gotham City’s New Defender. As the year continues, more licensed LEGO titles will be released that will focus on themes such as NINJAGO, Harry Potter, Star Wars, Jurassic World, CITY and more.

The publisher’s online program for 2022 is regularly being updated and now a handful of new images have emerged confirming minifigures that will be included with more of AMEETs forthcoming LEGO books.

The following titles are starting to be listed on Amazon, with release dates and exclusive minifigures being revealed:

A 64-page title that features an exclusive Greef Karga minifigure and accessories.

This gift box set includes two trivia and activity books, a double-sided 3D scene that can be used with LEGO playsets and characters and two minifigures with accessories.

In addition to the licensed titles listed above, AMEET will also be releasing LEGO Build & Celebrate: Valentine’s on December 6 and the new Your Galactic Mission themed book later in the year.