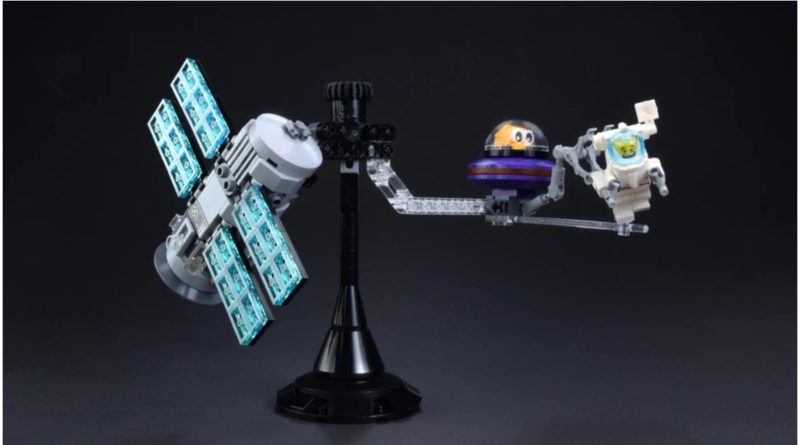 Fifteen LEGO models have made it to the public vote stage of a new competition, vying to be chosen for a future STEM related Gift With Purchase.

A competition to choose a fan-designed model that will be turned into a future Gift With Purchase set has moved into the public vote stage, with fifteen sets in contention. In March 2021 the designer of Ideas 21324 123 Sesame Street, Ivan Geurrero, won a competition with his Cosmic Cardboard Adventures set which is currently being given away as a GWP. In a similar fashion, the  lucky winner of this vote will see their design become an official giveaway at some point in the future.

The competition, which focuses on Science, Technology, Engineering and Maths – STEM – required entrants to create a set using between 150 and 250 bricks that incorporated simple movement such as rotation, push or pull or even tensegrity.  We’ll confess we had to go and look that one up. It’s essentially a scientific principle to describe an object that looks like it’s floating, or at least held in a position that seems confusing to the eye.

The rules of the competition didn’t ban cars, but suggested that contestants might wish to come up with alternative ideas. The final fifteen consist of a wide variety of designs, from a miniature orrery and a rotating LEGO Classic Space logo to a steam engine and a rotary telephone. There are some tributes to the giants of science with a diorama of Galileo’s lab and an animated version of one of Leonardo Da Vinci’s flying machines. More unusual entries include the metamorphosis of a butterfly, Martian invaders in a UFO and… a flying pig.

Voting is open until June 2, and you can find all fifteen entries, more information on the competition, and  information on how to vote, on the Ideas page at Lego.com.

You can help Brick Fanatics to keep bringing you the latest LEGO news by purchasing your LEGO sets via our affiliate links. Thank you.